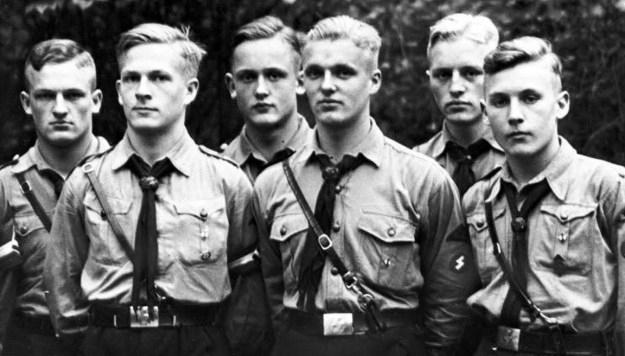 One morning this week — probably Monday — I made my way to my usual table for breakfast, and just before sitting noticed the two young men at the table behind me.

I had noticed them before, for one reason only — their haircuts. One of them is more noticeable than the other, because his hair is blond, which makes the cut pop out more. His hair is always the same — cut almost down to the skin on the sides and back, longer but cut and shaped with obsessive care on the top, and plastered down. Not a hair is out of place.

Again, I successfully resisted the temptation to ask, “How often do you get your hair cut?” Because it always looks like he rose from the barber’s chair in the last five minutes, if not more recently. What kind of commitment to one’s appearance must that take?

As a guy who likes to get his hair cut really short so I don’t have to go back for a couple of months, maybe three — saving time and money — I idly wondered how much it would cost for me to maintain a look like that, all the time. And then I immediately thought, no one wants to see me with that haircut, ever, even for a moment — because I’d look like a colonel in the Waffen-SS. No, let’s be precise: I’d look kind of like Reinhard Heydrich, who may well be the scariest-looking man to have lived in the past century. Not an image I’m going for.

Sitting down to my breakfast, I immediately forgot about the guys behind me and their hair. For about one minute. Then, reading about what happened in Charlottesville, I ran across this:

Yes, there were swastika-tattooed, Ku Klux Klan-hooded 50-somethings on the streets of Charlottesville. The most chilling photos, however, show hordes of torch-bearing, fresh-faced, “fashy”-coiffed white men in their teens and 20s.

And immediately, without following the link, and in spite of my bottomless ignorance about current fashion, I knew exactly what sort of coif she meant. Here’s how the story at that link, from 2016, describes it:

You have seen it. It is short on the sides and long on the top. It is clean and tidy, with a military sheen. It’s been popular among young people for several years. But now this haircut is making us ask ourselves, with seriousness that seems unthinkable in 2016: hipster or Nazi?

Young city-dwelling men leaving their SoulCycle classes in leftover “I’m With Her” T-shirts.

Young white-nationalism enthusiasts leaving a recent conference in Washington, D.C., where several of them performed a Nazi salute.

By the way, about those two young fellows sitting behind me: I’m quite certain that they are not neo-Nazis, or white supremacists. Why? Because I keep seeing them at the Capital City Club, which was founded for reasons that are the precise opposite of white supremacy. If you want to be a white supremacist, there are other clubs you can join. I’m assuming they’re just go-getter young businessmen who want to look sharp. 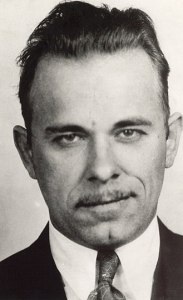 And it’s a time-honored way of looking sharp. It was popular a century ago, and continued to be fashionable into the 1930s, based on old photos. You see that cut on everyone from actors on “Boardwalk Empire” (set right after the Great War) to John Dillinger. OK, maybe Dillinger’s another bad example. But the fact is, about 20 or 30 years before I was born, lots of guys wore their hair that way, and not all of them were fascists or gangsters.

I wonder if those two guys I keep seeing know some people are calling it a “fashy” cut, or that hipsters have for some time ironically called it a “Hitler Youth?”

I suppose I could give them a heads-up (sorry), but I don’t think that’s the best way to start a conversation with someone you don’t know…

10 thoughts on “Thoughts about the ‘fashy’ haircut?”