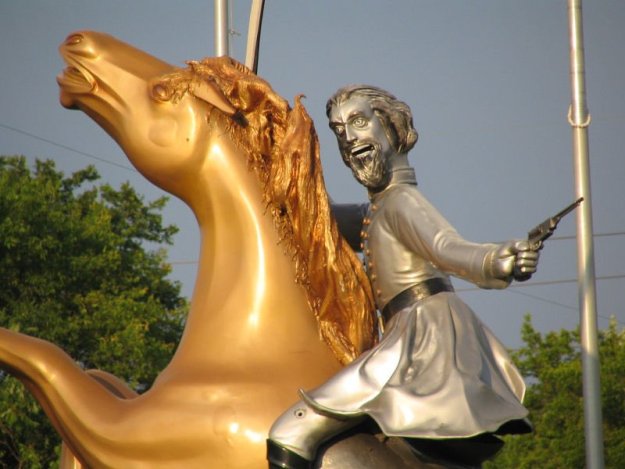 Meant to share this the other day. It was in a Tweet from Noelle Phillips, who used to work at The State:

That hideous monstrosity is in the Nashville neighborhood where I grew up. I’ve hated it always for its meaning and it’s sheer ugliness. https://t.co/VpBxRqRiam

Yowee! Never mind the meaning! That is one ugly statue!

Personally, I would lead the charge to get that taken down — if I were the president of a society dedicated to protecting the reputation of Nathan Bedford Forrest. Meanwhile, folks who don’t want the Confederacy glorified would seem likely to demand that this one stay up.

The sculptor must have really hated the early KKK leader. Do they keep that up to frighten children? Or to make them laugh? I think the former would be more likely to happen…

6 thoughts on “Yikes! A statue even neoConfederates should want taken down”