Oh I don’t mean you, Lindsey — I mean your execrable bill to trash Obamacare and make healthcare in America considerably less accessible, which the Senate declined to vote on today.

Remember, I generally approve of your job performance. I’ll probably be applauding something you say and do again soon — but not until, say, next week, when the deadline for you to be able to cram this thing through with 50 votes and no deliberation is safely behind us. 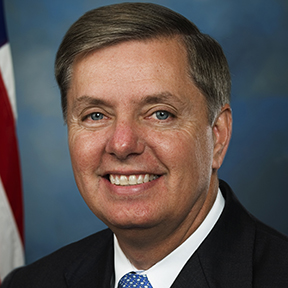 Until that line is crossed, I won’t breathe easy for the nation. I don’t pronounce things dead until they’re buried. And once we get to where you’d need 60 votes to pass it, it’s buried.

Watching you on this issue has not been pleasant. Of course, trying to rush through such an awful proposal, dressing it up in language about the virtues of federalism, was bad. Really bad. But you managed to make it worse by acting like you were all excited that Donald Trump, of all people, was supporting what you were doing.

Yeah, I get it. You get weary of that bunch the GOP euphemistically calls its “base” hating on you all the time. You’d like to seek your party’s nomination just once without an army of snake-flaggers coming out of the woodwork to oppose you. It’s not fun getting booed at party gatherings. And you’re right to dismiss liberals who love you only when they think you’re acting like one of them. I get it. You’re an actual conservative Republican — conservative in a sense that doesn’t insult the English language — and you’d like others to respect that.

But while I’m sure it would be peachy to be popular among your own for once, it’s not worth taking medical coverage from millions of Americans. Not to them, certainly. And it shouldn’t be to you, either.