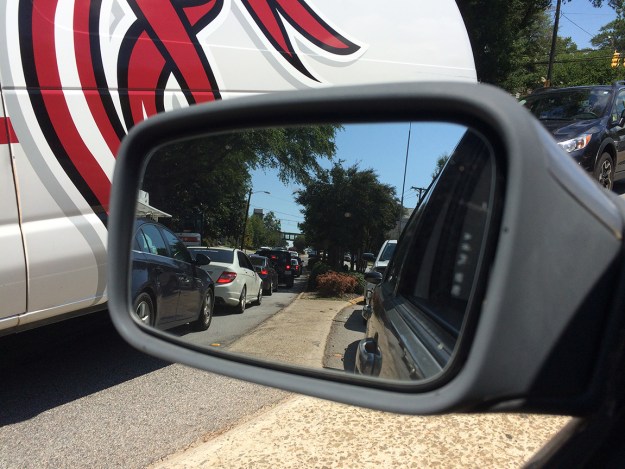 This was on Friday, as I sat through several light cycles waiting to turn onto Pickens.

Have you made the mistake of trying to get anywhere on Blossom Street — say, between Five Points and the Congaree River bridge — since the kids came back to campus?

The worst point is at the intersection of Blossom and PIckens, which I at least attempt to traverse several times a week.

It has never been this bad, or even close. This no doubt has something to do with the record freshman class, but it seems like there must be three or four times as many students in the past.

And all, of course, driving cars.

On Friday, stuck through about four full cycles of the traffic light trying to turn left onto Pickens from Blossom, I glanced over at the sidewalk on the north side of Blossom, and suddenly flashed on a memory: It was me as a freshman, that one semester I went to USC, walking with groceries back from the Winn-Dixie in Five Points (where the Walgreens is now) to my room in the Honeycombs.

Which reminded me that I only knew of one guy on the floor of my dorm who had a car. I once got a ride from him to the K-Mart in Cayce on the way to the airport to pick up something that my uncle in Bennettsville needed, and which he could only get from K-Mart, to his knowledge. (It was vacuum cleaner bags. Remember, there was no Amazon.)

Not one other time, that whole semester, did I need to go anywhere in Columbia that I couldn’t easily walk.

So… I’m going to shock everyone by making a commonsense suggestion: Why can’t USC at least bar resident freshmen from having cars on campus?

If we can’t do that, then USC and the city need to get together and figure out something to do about the daily problem on Blossom… 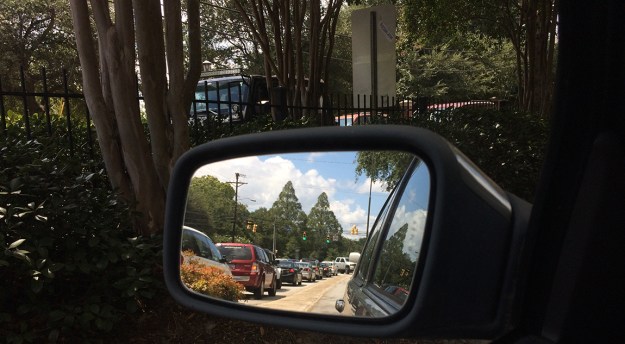 This was a few days earlier than that…

5 thoughts on “Hey! Alla you kids, get offa my Blossom Street!”