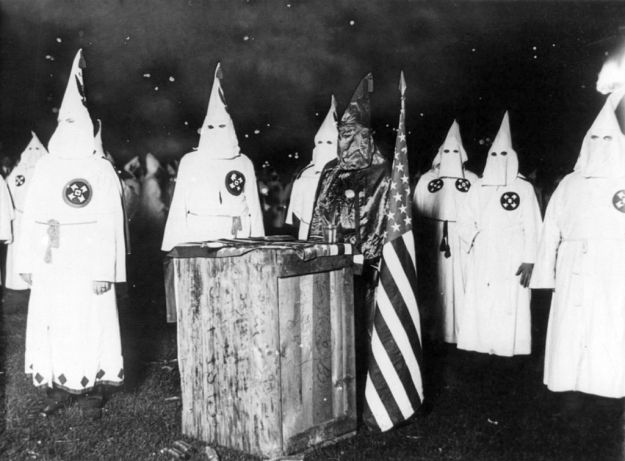 They may look scary, but look at it from their perspective, kids…

Well, we’re in The New York Times again. This time it’s for asking a bit much of 5th-graders in Irmo:

“You are a member of the K.K.K.,” the fifth-grade homework assignment read. “Why do you think your treatment of African-Americans is justified?”

The work sheet, given on Thursday as part of a lesson on the Reconstruction period, caused an outcry after one student’s uncle, Tremain Cooper, posted a photo of the assignment on Facebook.

Mr. Cooper identified the teacher as Kerri Roberts of Oak Pointe Elementary School in Irmo, S.C., a suburb of Columbia, and added, “How can she ask a 5th grader to justify the actions of the KKK???”

Reached by phone, Ms. Roberts’s husband said she was unavailable and was “not going to comment on anything.”…

Of course, that’s a perfectly fine question to ask, to get the ol’ gray matter working — in a graduate poli sci course. I think it’s a shame that Ms. Roberts — who is on suspension pending investigation of the incident — isn’t commenting, because I would dearly love to know the thinking behind asking 5th-graders to tackle it.

Had she even looked at the lesson before she passed it out? Or was this enterprise on her part? Had she decided to go for a real challenge, asking her students to reach for understanding beyond their years?

One thing I’ll say in defense of this: It’s a more reasonable question than this one asked in California:

In February, second graders at Windsor Hills Elementary School in Los Angeles were asked to solve a word problem: “The master needed 192 slaves to work on plantation in the cotton fields. The fields could fill 75 bags of cotton. Only 96 slaves were able to pick cotton for that day. The missus needed them in the Big House to prepare for the Annual Picnic. How many more slaves are needed in the cotton fields?”

Correct answer: “That’s a trick question! Masters don’t have to do math!”

Of course, we have at least one person here in South Carolina who might love to be asked such a question. His letter to the editor appeared in The State today:

Teach truth about the virtues of slavery

The recent controversy about Confederate monuments and flags ultimately revolves around one man and one question. The man is John C. Calhoun, the great philosopher and statesman from South Carolina, and the spiritual founding father of the Confederacy. The question is: Was Calhoun right or wrong when he argued, from the 1830s until his death in 1850, that the South’s Christian slavery was “a positive good” and “a great good” for both whites and blacks?

If Calhoun was wrong, then there may be grounds for removing monuments and flags.

But if Calhoun was right, the monuments and flags should stay and be multiplied, blacks should be freed from oppressive racial integration so they can show the world how much they can do without white folk, the Southern states should seize their freedom and independence, and the North should beg the South’s pardon for the war.

“If Calhoun was right….”

Excuse me while I sit here and try to come up with a justification of Mr. McCuen’s point of view. It might be on the six-weeks test… 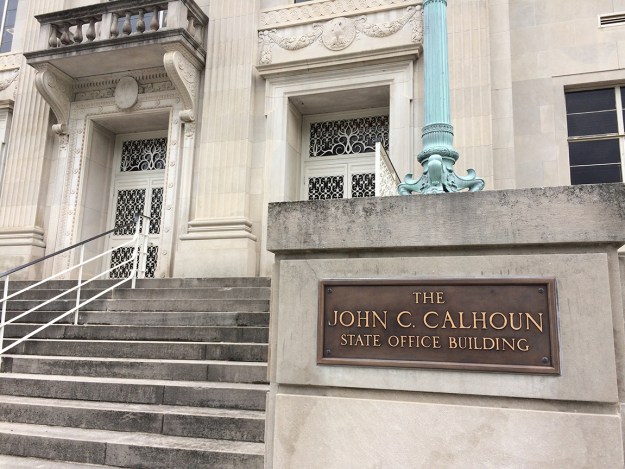 This is where the South Carolina Court of Appeals sits.

10 thoughts on “KKK questions in the 5th grade, and the ‘virtues of slavery’”