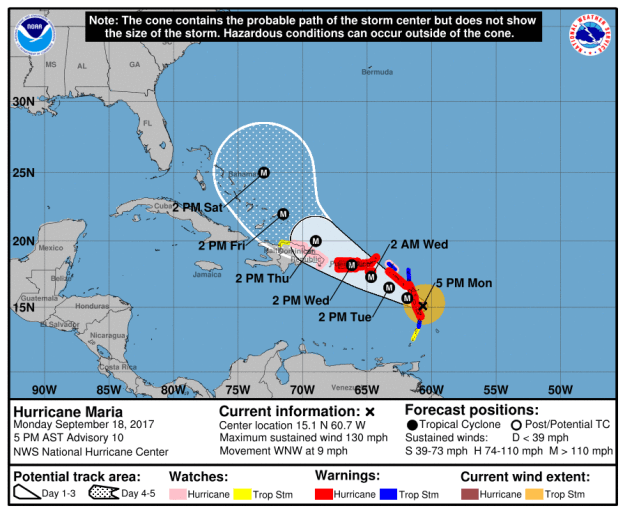 This morning, I knew that Hurricane Maria was headed toward Dominica, the tiny Caribbean island where my daughter lives in sight of the sea.

But I was reading that it was a Category 1, and I knew that my daughter would be with the other Peace Corps personnel in a hotel in the city of Roseau — a place U.S. officials considered safe.

I’d heard that by the time the storm reached Puerto Rico it might be a Category 4, and I took that to mean AFTER Dominica. And I had exchanged Facebook messages with my daughter, and she seemed unworried. This was the third time this month the Peace Corps people had gathered at that hotel ahead of a storm, and to her, it seems to have become something of a routine.

So I was shocked when I got come and learned that it was bearing down on Dominica as a Category 4.

And I realized my mistake: American news is tailored to American audiences. And too few Americans are familiar with the Caribbean, beyond a vague notion that Puerto Rico is there. So when that report said it would be a Category 4 when it reached Puerto Rico, it was assuming I didn’t care about Dominica.

Now, American news media have caught on to the existence of the island, and are reporting such things as ”

It’s supposed to hit at about 9 p.m. We’re trying to stay in touch with my daughter, but how long will they have wi-fi? If they lose that, and phone service, we’ll just have to wait. Like this is the 19th century or something.

Anyway, that’s what’s on my mind and in my heart tonight. Prayers will be appreciated. 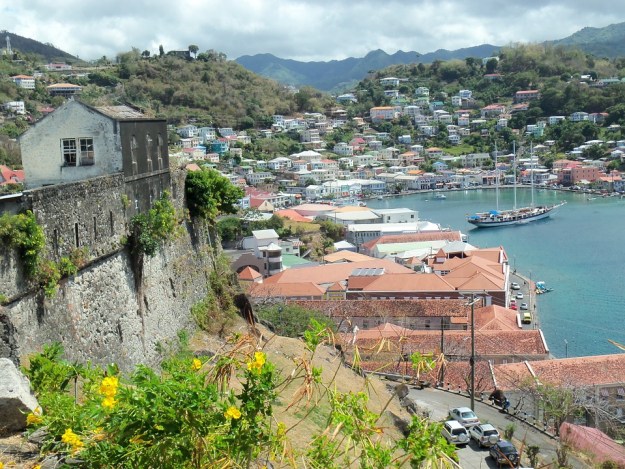