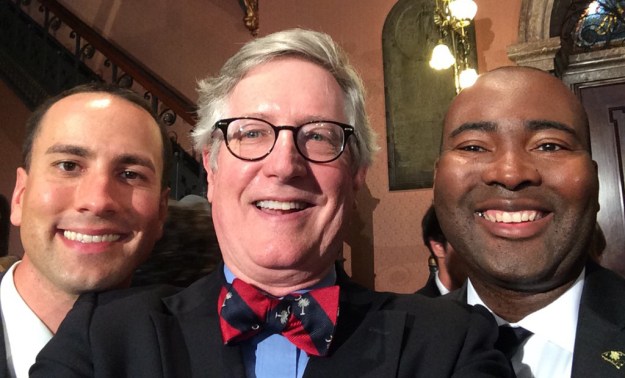 A couple of weeks back, I got a call from Daniel Malloy, formerly of the Atlanta paper, who was writing a profile of former state Democratic chair Jaime Harrison for OZY. It ran over the weekend.

Why a profile of a former state chairman? Because Jaime’s a next-generation up-and-comer, a guy who — in Jim Clyburn’s own estimation — could replace him in Congress one day. Democrats don’t have much of a bench, and Jaime’s got qualifications that are rare among young Dems.

Much of that experience has been out of our sight up in Washington, such as when he was floor director for the House majority whip before he was SC party chair.

Daniel called me to see what I thought about Jaime’s optimism for the party in SC’s future. I wasn’t encouraging. I said a lot of positive things about Jaime, though, as well as about his counterpart, former GOP state chair Matt Moore.

As I say, I said a lot of things, but I kind of knew what he was going to use as soon as I said it. It was something I’d already said to y’all, and Democrats who read the Malloy piece will no doubt groan once again:

From a small state party office suite in downtown Columbia, South Carolina, Harrison expresses optimism for Democrats in South Carolina, Alabama and other crimson states. Starting in October, the DNC will send $10,000 per month to every state party and launch an additional $10 million innovation fund for states.

Some national Democrats have argued for more selective spending, and South Carolina hardly seems primed for a blue comeback. Brad Warthen, a PR consultant and former editorial page editor for Columbia’s The State, quips that after a string of bearded professor types, he’ll know Democrats are serious about winning when their candidates start shaving. “We will have to have a revolution — something akin to the constitutional convention in 1787 — to start seeing more Democrats elected to the [U.S.] House in South Carolina,” Warthen says.

Despite his facial hair, South Carolina Democrat Archie Parnell nearly pulled off a shocking special congressional election win in June with comparatively little national money. Harrison says more early investment in ground staff could have tipped the low-turnout race. With most of the U.S. political map drenched in red, there will be plenty more opportunities to test his theory.

Y’all should go read the whole thing, though.