I’m a day behind here, but I want to have a post about each episode, so I’m posting this a day late, after I’ve already seen Episode 5. But here goes…

First, if there was an episode, of all those thus far, that was going to turn me into the Vietnam war protester that Bud would like me to be, it was this one. From start to finish, practically every point made, every interview, every video clip, added up to a powerful message that whether we should have been in Vietnam or not, what we were doing was not working. The Johnson administration was fooling itself as well as the American people, and each escalation added to the sense of desperation that the episode conveyed. These points were made again and again, eloquently.

A person watching that episode would naturally wonder, why did we continue to fight? Why didn’t the American people demand that we withdraw immediately? And my answer, as I expressed earlier in a comment, is that the concentrated way that these arguments are presented in the episode was NOT the way life was experienced at the time. First, if you were a stateside civilian, little of your average day was spent thinking about the war. And when it was, the antiwar message was a much smaller chunk of what we were taking in about the war — and no, that was NOT because the POTUS was a big, fat liar.

Most of the journalism we saw was NOT by David Halberstam or Morley Safer. We did not have the experience that this series affords of hearing at length from young men who went over enthusiastic about the mission and became disillusioned. (So far, every single young man we learn of in

I was just a kid at the time, which makes me unreliable, but I have no memory at all of the Fulbright hearings, much less of the calm, articulate, intellectual arguments of George F. Kennan and other witnesses arguing against our involvement.

In fact, if you were alive at the time, most of what you saw of the growing antiwar movement was people chanting such things as “Hey, hey, LBJ! How many kids did you kill today?” I know that such “arguments” are persuasive to many people, but they turn me right off. Such approaches aim to engage the emotion and shut down rational faculties, and I’ve always held them in contempt.

Anyway, I was impressed by what Kennan had to say, because of who he was — or who the series told me he was. My ears perked up immediately when I heard that he was sort of the father of Cold War strategy of containment. I had heard his name, and I was familiar with the strategy, and I was eager to hear more.

As y’all know, I have frequently written here about Vietnam as an application of that policy of containment. So hearing that Kennan said Vietnam was a wrong-headed misapplication of the strategy really made an impression on me.

Bud thinks I should “just admit the hippies and draft dodgers were right,” which ain’t gonna happen. Nor is Muhammad Ali or Dr. Spock going to knock me over. Nor John Kerry. In fact, definitely not John Kerry. But if a guy like Kennan says something, I’m thinking as I watch this, I’m paying attention.

The next morning, seeking to know more, I googled Kennan. Wikipedia’s not the same as reading a serious book about him, and I stand ready to be corrected by someone with deeper knowledge, but it’s what I had time for so far. And I read this:

Soon after his concepts had become U.S. policy, Kennan began to criticize the foreign policies that he had seemingly helped begin. Subsequently, prior to the end of 1948, Kennan became confident that positive dialogue could commence with the Soviet government. His proposals were discounted by the Truman administration and Kennan’s influence was marginalized, particularly after Dean Acheson was appointed Secretary of State in 1949. Soon thereafter, U.S. Cold War strategy assumed a more assertive and militaristic quality, causing Kennan to lament about what he believed was an abrogation of his previous assessments….

In other words, Kennan wasn’t exactly what the series suggested. He had disowned the way the U.S. government applied his containment idea to the entire Cold War, starting LONG before we got involved in Vietnam.

Which puts his testimony in a very different light from what I heard Wednesday night. It’s not like he was a guy wedded to the overall strategy who had a specific problem with Vietnam; he was a guy who disowned the whole policy.

The way it was presented on the show was that here was Mr. Containment himself, and he was against our involvement in Vietnam. But apparently, that description was off.

Maybe that was acknowledged at some point when I got up to get a glass of water or something. But if it wasn’t, the omission bothers me. It’s one of the few flaws I’ve spotted in the series thus far, though, which testifies to the excellence we’ve come to associate with Burns and Novak.

One other small thing that speaks to something huge…

The episode told of how in the last year of his life, Martin Luther King struggled with whether he should take a stand against the war. And as we know, he eventually decided to do so.

I deeply respect his prayerful process of discernment, and was as always impressed by the rolling power of his eloquence in the speech the program showed a clip from.

But something jumped out at me. Like so many other opponents of our involvement, he called upon our leaders to “end the war.”

Well, y’all know how I tend to react to that phrase. It is spoken by so many good, decent, kind, caring people who just want all the bloodshed to stop. It was spoken during that war, and later with regard to Iraq, and to this day about Afghanistan.

But it was not in our power to “end the war.” It was only in our power to get out of the way and let it proceed without us. This is not some small linguistic quibble. The difference between ending a war and pulling out to let the other combatants fight it out is a big as between night and day. 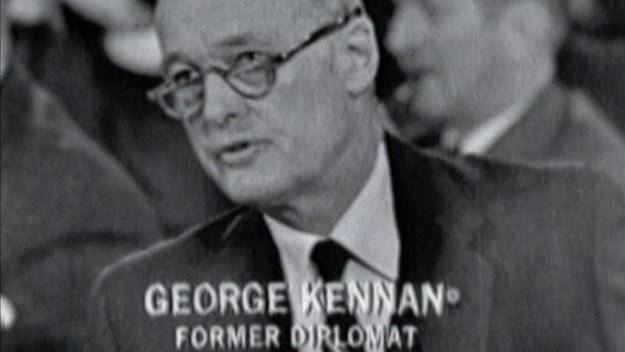