OK, I’m an episode behind in posting about this. I should have used the two-day R&R we had Friday and Saturday to catch up, but I had a lot of other stuff going on. I’m going to post this now (from Thursday night), and try to get to Episode Six before the day is out.

Several thoughts from this episode:

That last item was one of those things that we should all pay more attention to. The moral is, Don’t ever assume you know what’s going to happen. This has many applications in life. Sometimes, as in Musgrave’s case, it means “Don’t give up hope.” Other times, we should not get complacent thinking we know things are going to be OK. For that reason, I’ve been pretty irritated at news stories I’ve seen the last two or three days saying that Graham-Cassidy is dead. As Yeats wrote (in the same poem quoted by Bobby Kennedy in last night’s episode):

On this, Lindsey Graham has thrown his lot in with the worst — even acting like he’s proud that Trump is backing his effort. And he will pull out everything he can to succeed in passing this abomination… 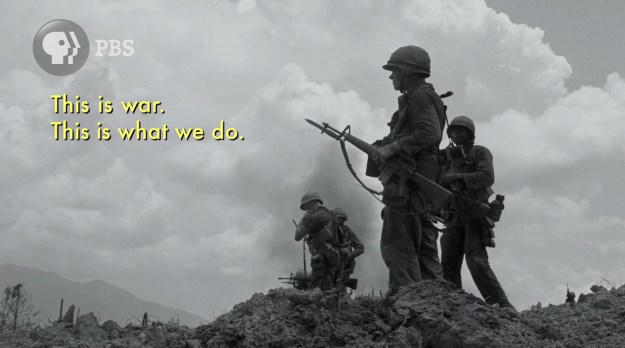