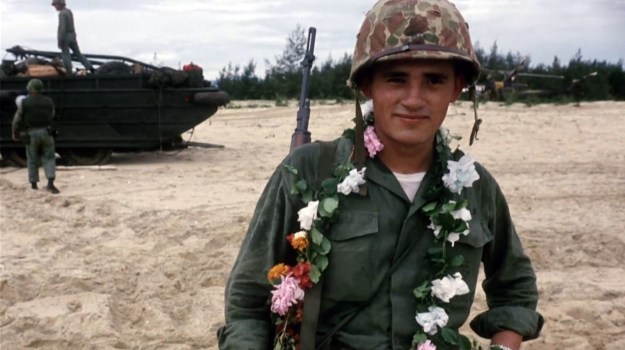 There are a lot of things I don’t understand about the war in Vietnam, and I’ve been hoping Ken Burns’ new series would help me sort out.

One is North Vietnam’s complicated relationship with, on the one hand, the Soviet Union, and on the other hand with China.

It would be so easy to explain the North as the Russians’ client state, and at times as I’ve read about the war, that has appeared to be the case. Other times, China seems to have played that role. And over the years, I’ve thought, how can both be true, given the bitter split between the world’s two biggest communist countries back in the ’60s?

And yet, I’m learning from the series, apparently the answer was indeed “both.”

Both poured considerable resources into helping the North — the Chinese sending 320,000 people (I’m saying that from memory — I didn’t write the number down during the show), and the Soviets sending vast amounts of materiel along with advisers.

How did Hanoi maintain that uneasy balance? With great difficulty, apparently.

And the split in those two nations’ attitudes toward Marxism’s inevitable march through history was reflected in North Vietnam’s leadership. Ho Chi Minh subscribed to the less aggressive, more accommodating approach pushed by Moscow. (He, for instance, was very upset that North Vietnamese gunboats had fired on Americans in the Tonkin Gulf.) Le Duan, who increasingly gained greater sway over Hanoi at Ho’s expense, favored the more extreme, violent, approach of the Maoists.

One thing about the commies: They weren’t monolithic. Which takes us back to my Unified Field Theory of human affairs: People are complicated, regardless of how they try to boil things down into simple ideologies.

Here’s a detail that particularly struck me last night: The part where China sent those 300,000-plus people to help with the war effort. They did it in a way that marked a profound contrast to the American approach: They send them to take on rear-echelon jobs to free North Vietnamese soldiers to go to the front.

In doing that, they embodied Donald Trump’s notion of international relations (reiterated in his speech to the U.N. yesterday): That every nation looks out for itself, that it’s all about self-interest.

Meanwhile, LBJ was sending entire American combat units over to fight, bleed and die for the Vietnamese.

The clip below shows the reaction of one Vietnamese woman to that. And there were many others like her. Key excerpt:

We’re such a small and poor country, and the Americans have decided to come in to save us — not only with their money, their reseources, but even with their own lives.

We were very grateful…

As I’ve done the last couple of days, my intention here is just to share a thought or two from the episode, something that jumped out at me, as a conversation starter. There was enough in last night’s episode to fill a book with.

Perhaps you would like to make other points based upon it…

39 thoughts on “‘The Vietnam War,’ Episode Three: ‘The River Styx’”