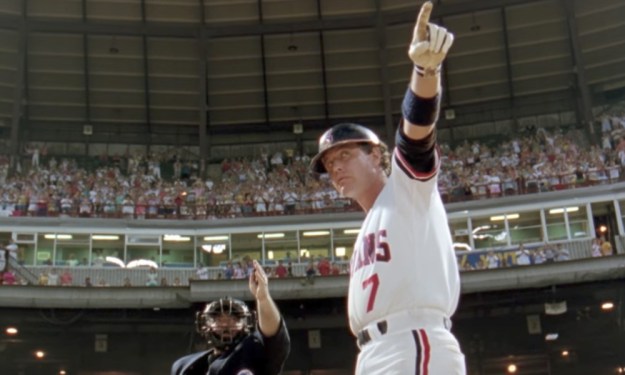 Will the Tribe be calling the shots in this post-season?

Yesterday, I saw by my MLB iPad app that it was the last day of the regular season, and that all the last games would be starting about 3 p.m.

So a little after 3, I decided to click around on the few TV channels I get via our HD antenna (I don’t see a whole lot of point in cable these days), with particular attention to those that might offer live sports — the CBS, NBC, ABC and Fox affiliates.

And I found… two football games, a golf tournament and something else that I don’t recall at the moment. No baseball. Again.

I’d had the exact same experience every other time I’d gotten that vague “I’d like to see a ballgame” feeling over the course of this season. As much as I dislike football, I think the thing that hurt was that there was usually one golf tournament showing. I at least understand why people might watch football, especially on an HD screen (to quote Joni Mitchell, “You want stimulation, nothing more; that’s what I think”). Golf, not so much. I mean, my parents like to watch golf, but they subscribe to all those cable sports channels, so why can’t golf be on one of those, so that on a given weekend afternoon, there can be one old-school broadcast channel showing us the national pasttime?

You’ll say, I could have watched baseball if I’d tried — say, if I’d shelled out $100 a month for all those cable channels. My reply is, I don’t want to watch anything that much.

And if you think I’m going to try to watch any sport, you’re misunderstanding my relationship with baseball. I’m not a fan, in the sense of following a team or being able to name the current players or anything (I used to know the Braves’ lineup, but the last one I could pick out of a lineup was probably Chipper Jones).

It’s like a zen thing with me. I like to stumble across baseball, not seek it out. I love the idea of baseball, which is why I love a sappy movie about it like “The Natural” or “Major League,” or a book like Halberstam’s The Summer of ’49.

I always have lot of things to do on weekends — family activities (which abound when you have five kids and five grandkids), yard work, adding ancestors to the family tree, digitizing family photos for posterity. But on most weekends there’s a point at which I’ve got a break in the schedule and don’t feel like staring at a screen or anything, when it would be nice to sit in front of something relaxing, something I can snooze in front of it I want to, but that will reward me with something satisfying to see during my wakeful periods.

Also… I just like knowing baseball is there for me, even if I don’t watch it. It’s reassuring, like knowing there’s a fire department. No, that’s not it. It’s more like having a friend that you neglect but you always know will be there for you. Like that.

And it saddens me that baseball wasn’t there for me even once this whole season.

I know TV will give me more opportunities during the post-season, and I’ll probably pick a team to care about and follow its ups and downs until October is behind us. Probably Cleveland this time.

But I’m still kind of down that all through the regular season, baseball wasn’t there for me…

9 thoughts on “Baseball wasn’t there for me this season, in case you’re wondering what’s wrong with America”