I was puzzled when I saw this release from House Speaker Jay Lucas moments ago:

“SCANA’s mismanagement of the VC Summer nuclear facility has proven that the company cannot be trusted to promote or protect its consumers’ interests. On behalf of the South Carolina ratepayer, I believe SCANA CEO Kevin Marsh should resign immediately. This measure should have occurred long before now and without pressure from elected officials. Throughout the House Utility Ratepayer Protection Committee’s study, it has become increasing clear that neither South Carolina ratepayers nor the South Carolina House of Representatives can have faith in SCANA under Marsh’s leadership.”

Say what? Hadn’t I read just yesterday that he had been canned? Does the Speaker not read the paper?

But then I saw this, from earlier today:

The story over the weekend was weird. You had a spokesperson with SCANA putting out a non-denial denial that only increased confusion, and stubbornly refusing to clarify. 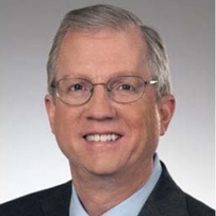 So which is it, SCANA? Never mind Marsh and what he says. Do you intend to get rid of him or not? And if not, in light of the speaker’s statement, why not?

I could get into a whole philosophical thing about how the public utility chief quit right away, while the unaccountable private one refuses to, but y’all can see that on your own, right? Good, because that saves me from trying to argue a general rule on the basis of two examples…

One thought on “SCANA’s Kevin Marsh: Will he stay or will he go?”