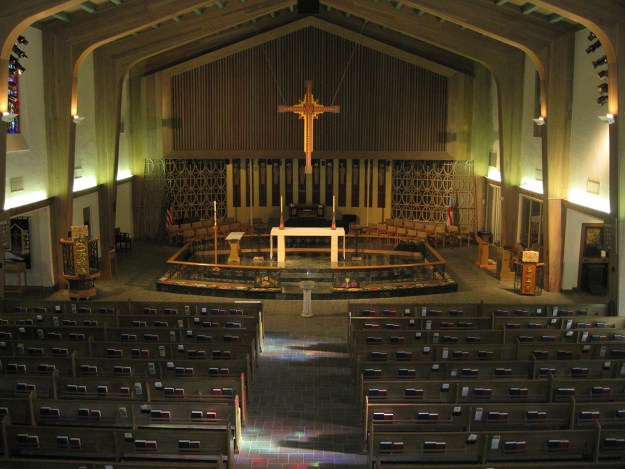 Say “sanctuary,” and I think of a place like this. And you know what? It doesn’t make me angry…

I meant to post about this yesterday, but got sidetracked…

South Carolina cities and counties may soon have to prove they are not “sanctuary cities” providing safe harbor to undocumented immigrants.

S.C. Gov. Henry McMaster and Republican lawmakers said Monday they will push to require cities and counties to prove they are cooperating with federal immigration agents and allowing immigration laws to be enforced.

Jurisdictions that fail to comply with federal immigration laws would lose their state money for three years, McMaster said, announcing the proposal in Greenville….

I thought Henry McMaster was a pretty good attorney general — which surprised me somewhat at the time.

But now… how does an attorney, an officer of the court, say that not someone is obliged to prove he is innocent of wrongdoing?

Particularly when the “wrongdoing” is, at worst, being softhearted. Yeah, I know: You’ll say, but they are harboring illegals! And you’ll say it as though they were gunrunners, or terrorists — instead of being poor people who failed to get the proper paperwork before coming to this country to do backbreaking work in order to better their lives, and those of their families.

Of course, we can argue about whether such sanctuaries are a good thing all day, but let me stop you and point out that, to Henry’s knowledge, there are no “sanctuary cities” in South Carolina. (The punchline to this joke, I suppose, is “See what a great job I’m doing keeping them away?”)

So… the governor of our state, having no reason to believe there are any sanctuary cities in South Carolina, nevertheless wants to force these city governments to waste resources going through the rigmarole of proving a negative.

And if they fail to prove their innocence, what happens? He would cut off the state funds that are a significant portion of local government’s budgets — meaning he would deny the law-abiding South Carolinians who live in those cities their share of the state taxes that they are paying to the state.

But you know what? I don’t think Henry cares a bit about this, as a policy matter. I doubt he’s someone who sits up nights worrying about whether there’s an illegal alien in Charleston, or Florence, or Greer who for the moment is free of worrying about imminent deportation.

No, as an early advocate of Donald Trump, he just wants to sound like he’s going to be meaner to illegals than the next guy.

Or gal. And meanwhile, Catherine Templeton is bound and determined to let you know that she was being mean to illegals way before that ol’ softy Henry was:

Sanctuary cities should be outlawed and that is why they already are in South Carolina. Have been since 2011, I helped enforce w/ Gov Haley.

I’m not sure how that fit into the duties of the chief of DHEC, but whatever. The details don’t matter, as long as you’re sounding like the kind of person who gets indignantly angry at the sound of nasty words such as “sanctuary.”

20 thoughts on “So in SC, you’d be ‘guilty’ of being kind to illegal immigrants unless you prove your ‘innocence’”