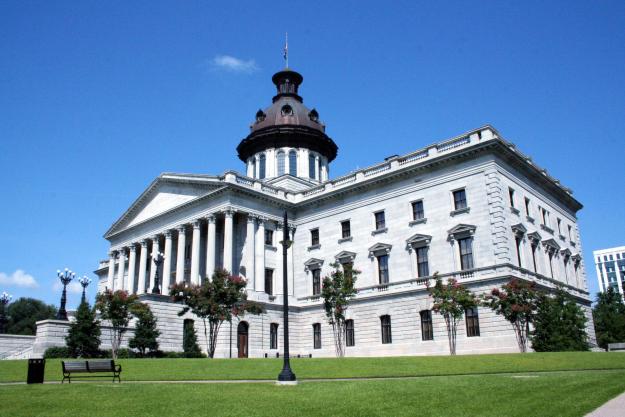 I looked away for a moment on this slow day, and suddenly there was news.

The other shoe has dropped in prosecutor Pascoe’s corruption probe. Actually, several shoes (so maybe that’s not the best metaphor, unless we’re talking about a well-shod octopus):

Republican consultant Richard Quinn Sr., for years a kingmaker in S.C. politics, was indicted Wednesday by the State Grand Jury on a felony charge of criminal conspiracy, as well as a charge of illegal lobbying, or failure to register as a lobbyist.

Since the late 1970s, Quinn, 73, has been one of South Carolina’s premier political consultants. An insider’s insider, he has helped elevate many S.C. politicians to power, nearly all Republicans. His clients have included Gov. Henry McMaster, Attorney General Alan Wilson, U.S. Sen. Lindsey Graham, and U.S. Rep. Joe Wilson, all Republicans, as well as Columbia Mayor Steve Benjamin, a Democrat.

The illegal lobbying indictment issued against Quinn says he “did attempt to influence the action or vote of members of the S.C. General Assembly by direct communication on behalf of entities which employed, retained or appointed defendant’s businesses and defendant did not register as a lobbyist …”

Until now, the bombshells had been dropping all around the elder Mr. Quinn, but not on him. Now, the direct hit has come.

Yet another shock to the very heart of the S.C. GOP. What next? Pascoe said, “this is still an ongoing investigation.”

29 thoughts on “The other shoe drops: Richard Quinn indicted (Jim Harrison, too)”