I’ve been meaning to share some thoughts about this Ross Douthat column of Oct. 21, headlined “The Democrats in Their Labyrinth.”

Sure I think the headline was cool, although it provoked in me a twinge of guilt for never having finished that novel. (I had thought I would love it, because in 5th and 6th grades my history classes were in Spanish, and Bolívar and Sucre and O’Higgins and the rest were the heroes of the story we were told. Also, I felt that I should read some Márquez and it sounded more cheery than One Hundred Years of Solitude or Love in the Time of Cholera. But it wasn’t.)

Anyway, I like the column for what followed the headline, so let’s get to that:

America has two political parties, but only one of them has a reasonably coherent political vision, a leadership that isn’t under the thumb of an erratic reality television star, and a worldview that implies a policy agenda rather than just a litany of grievances. 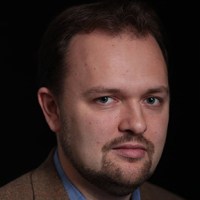 Unfortunately for the Democrats, their vision and leaders and agenda also sometimes leave the impression that they never want to win another tossup Senate seat, and that they would prefer Donald Trump be re-elected if the alternative requires wooing Americans who voted for him.

Consider recent developments in the state of Alabama, where the Republican Party has nominated a Senate candidate manifestly unfit for office, a bigot hostile to the rule of law and entranced with authoritarianism.

And who have the Democrats put up against him? An accomplished former prosecutor, the very model of a mainstream Democrat — and a man who told an interviewer after his nomination that he favors legal abortion, without restriction, right up until the baby emerges blue and flailing from the womb….

But just as this post wasn’t about Gabriel García Márquez, it’s not about abortion, either. That’s just an illustration of the way Democrats push away people in the middle who might vote for them occasionally if not for their rigid, prickly ideological orthodoxy — and the fact that they think people who don’t subscribe to their more extreme manifestations of dogma are barbarians, people they wouldn’t want voting for them anyway, because they’re not the right sort.

The point, in other words, is the assertion that Democrats “would prefer Donald Trump be re-elected if the alternative requires wooing Americans who voted for him.”

This is a problem for Democrats, and a problem for the country. Because, you know, Trumpism needed to end a year ago. And if we wait for Democrats to do anything to end it, we might have to wait the rest of our lives. (We could depend on principle Republicans, the ones who know better, but so far they only seem to want to stand up and speak truth when they’re headed for the exits. As for us independents — well, we lack organization.)

Douthat’s “point is that a party claiming to be standing alone against an existential threat to the republic should be willing to move somewhat, to compromise somehow, to bring a few of the voters who have lifted the G.O.P. to its largely undeserved political successes into the Democratic fold.”

But perhaps you won’t. And admittedly, for those of you who lean Democratic, perhaps a conservative Catholic such as Douthat isn’t the messenger you’re likely to heed — although I believe in that column he means you well.

How about Rahm Emanuel, then? Here’s what he was saying earlier this year:

Mayor Rahm Emanuel has warned Democrats they need to “take a chill pill” and realize that they are not going to take back national power anytime soon. 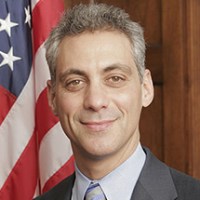 “It ain’t gonna happen in 2018,” Emanuel said Monday at Stanford’s Graduate School of Business in California. “Take a chill pill, man. You gotta be in this for the long haul.”

As he did last month at an event in Washington, D.C., the mayor expanded on what he believes is the road map back to power for his party — putting moderate candidates such as veterans, football players, sheriffs and business people up in Republican districts, picking battles with Republicans, exploiting wedges within the GOP and fighting attempts to redistrict Congress on partisan grounds….

Remember how Emanuel did just that and won a majority in the U.S. House in 2006? Democrats don’t, near as I can tell.

The problem is, I have the feeling that too many Democrats are doing what the Republicans did after losing in 2008. Back then, egged on by ideological extremists such as our own Jim DeMint, the GOP leaped to the conclusion that they lost in 2008 because they weren’t extreme enough, because they had bet it all on relative moderate McCain. This led to the Tea Party and the Freedom Caucus and Steve Bannon and so forth, which led to our current national crisis.

If the Democrats want to be part of the solution to that crisis, they need to reach out beyond their “safe space” and engage with people who don’t entirely share their worldview. Because, ahem, most people don’t.

Yet there are a lot of people trying to pull the Democrats in the opposite direction. They take the DeMint approach, which goes: The Democrats lost in 2016 because they weren’t extreme enough. They needed more feeling the Bern and less Clintonian Third Way. Perhaps, as New York magazine wrote early this year, The Socialist Takeover of the Democratic Party Is Proceeding Nicely. If so, then the left will dominate the party. But they won’t be running the country, because they won’t be winning general elections.

Let me share one more thing with you, from The New York Times Magazine over the weekend. It begins with an anecdote about a conference call Nancy Pelosi made to House Democrats right after their disastrous defeat a year ago:

Several members on the call later told me they expected their leader to offer some show of contrition, an inventory of mistakes made or, at minimum, an acknowledgment that responsibility for the previous night’s disaster began at the top. Already, Trump’s sweep of what had for years been Democratic strongholds in the Rust Belt had led to a fast-congealing belief that the party had lost touch with white working-class voters.

But Pelosi sounded downright peppy on the call, noting a few vulnerable House seats that the Democrats had managed to hang onto. As for those working-class voters, “To say we don’t care about them is hard to believe,” Pelosi insisted, according to a transcript of the call I obtained. “I have to take issue and say I don’t think anybody was unaware of the anger.” The Democrats weren’t out of touch, she said. They just hadn’t made their case clearly enough to voters — or as she put it, “We have to get out there and say it in a different way.”

“It reminded me of that scene at the end of ‘Animal House,’ where Kevin Bacon is standing in the middle of all this chaos, screaming: ‘Remain calm! All is well!’ ” Scott Peters, a congressman from California who was on the call, told me. “After telling us before that we were going to pick up 20 seats, and we end up with six, underlaid with Clinton losing, I had no use for that kind of happy talk.” During and after Pelosi’s monologue, Democratic representatives who were listening texted and called one another incredulously, but Peters was one of the few who spoke up on the line. “I think we’re missing something,” he told Pelosi. “We’re just not hearing what’s on people’s minds.”…

Yeah, so what did they do? They held a quick leadership election, and stuck with the same crowd who had brought them to this low point. But before they did that, there was a brief moment of truth-telling:

In the end, her only opponent was Tim Ryan, a young congressman and former high school quarterback star from Ohio’s 13th District, the ailing industrial region surrounding Youngstown and Akron. Ryan offered a splash-of-cold-water speech just before the vote: “We got wiped out,” he said, according to a recording of his remarks. “We’re toxic in the Midwest, and we’re toxic in the South.”… 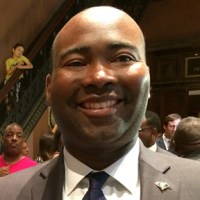 There are Democrats who acknowledge this — I think. This morning, The State reported that “Jaime Harrison knows how Democrats can win elections. Are Democrats listening?” The story, unfortunately, didn’t really explain what it is that Jaime knows. Perhaps I should give him a call and see if he’ll share the secret sauce.

Smith, if he goes about it right, has an opportunity to make a play for those of us in the middle. After all, the Republicans seem hell-bent on having the most extreme gubernatorial primary in living memory: Oh, yeah? Well I’ll see your imaginary sanctuary cities and raise you a Steve Bannon!

Can Smith, or anyone, reach out to the state’s sensible center and rescue us from Trumpism? I certainly hope so. Because we are in serious need saving. But they can only do it if they go after people who’ve fallen into the habit of voting the other way, and do it competently… 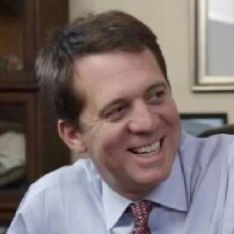 76 thoughts on “Can Democrats bring themselves to reach out to those who are reachable?”