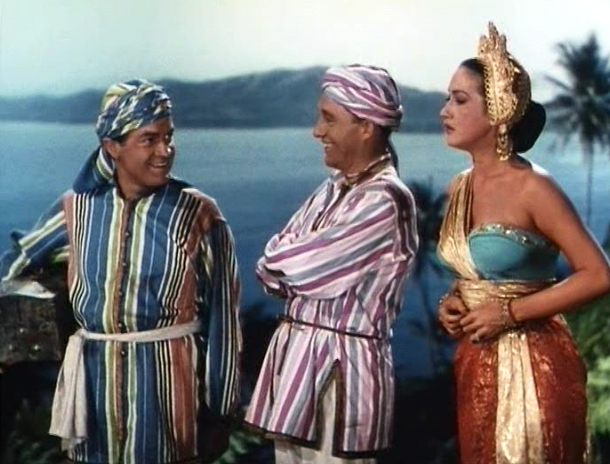 I’ve read that public broadcasting is in trouble because its audience is aging. (OK, what I read was about NPR, but can’t the same be said about PBS?)

But you’d think they’d want to do something about that, instead of rolling with it to this extent.

Tonight, ETV is offering a deal to donors: Give at a certain basic level, and you get a CD of a documentary about… wait for it… Bob Hope! (Here’s who that was, kids.)

Then, if you give a little more, you get… CDs of all the “Road” pictures with Bing Crosby!

And if you give more, you get more Bob Hope stuff!

How shall I put this? I’m 64 years old — well into my dotage, as the Beatles (I’ll explain later who they were) once reckoned it — and Bob Hope was popular way, way, WAY before my time. I mean, my mother was only 9 years old when the first “Road” picture came out, so I’m thinking it was aimed more at her parents.

When I was young, only Lawrence Welk was more identified with the blue-haired set.

So, what’s the deal here? Why is this the pitch? I’m genuinely puzzled… 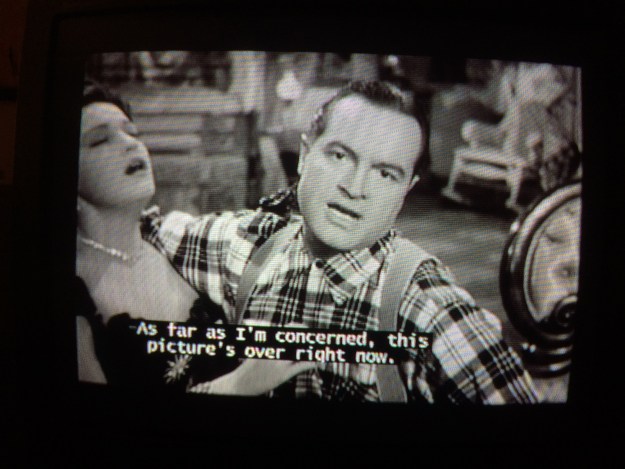 I shot this during one of the promotions. I shot it off the old cathode-ray tube upstairs instead of the HD model, because it seemed appropriate. A narrator said Hope and Crosby sort of invented the “breaking the fourth wall” thing, so they were cutting-edge. In 1940…