This morning, I read with approval a piece headlined “The allegations against Kevin Spacey got ‘House of Cards’ canceled. Good riddance.” And it reminded me that I had meant to note with approval the demise of this awful series.

But my thoughts on it have nothing to do with Kevin Spacey’s sexual proclivities or behavior.

It was just an awful series, on a number of levels.

The last episode I watched was at the beginning of the fourth season. I tried watching it on my iPad while giving platelets at the Red Cross. I was using earbuds, but I also use subtitles because of my Meniere’s, and I quickly realized I did not want anyone seeing me watch this. It was NSFW, or for the Red Cross, either. Also, there’s this nice, grandmotherly tech who frequently makes conversation by asking what I’m watching, and I didn’t want to be drawn into that conversation.

And this is the opening scene of the season premiere. Welcome back to “House of Cards,” ladies and gentlemen. If any ladies or gentlemen are still watching.

Before anyone could glance over my shoulder, I quickly changed to some other show — something innocuous. “Blue Bloods,” perhaps.

Later, in keeping with my weak-minded determination to be up with the latest thing, I watched the rest of the episode. And it provided me with no enticements to keep watching, so that’s the last episode I saw. And I certainly haven’t missed it.

That was spring of last year.

Earlier this week, I read that the series was being canceled. There would be no sixth season. That’s all I saw initially, just a headline. At first I assumed it was for lack of merit, and that gave me some satisfaction. I was slightly disappointed to learn it was because of another sex scandal. But I suppose, in a way, that was appropriate, too. Frank Underwood certainly had it coming on that score.

But the show had been nasty on so many other levels, peopled as it was with such irredeemable characters following soul-sucking plotlines. (I’ve complained about the morally arid characters on too many “quality” TV shows lately — but none of the others could hold a candle to this show. It tried hard to be worse, and it succeeded.)

And then there’s the worst thing about it: There were people who took it seriously. People who thought politics really was full of such creatures and such actions. People who thought this was politics, that this was what politics was all about. Thus the show was one of many things contributing to the disaffection, the sickness in the land, that led us to Donald J. Trump.

Watch this: Doug, or someone, will say, “Look around you! This IS politics! Look at the indictments in Columbia, in Washington.” And I will tell you that you can choose the worst person involved in any of those scandals — go back to Watergate, if you’d like — and you won’t find anyone as completely evil as Underwood and company. Maybe not even G. Gordon Liddy, and he was a pretty sick puppy.

Compared to Underwood, Richard Nixon was Jack Armstrong, All-American Boy. Frank Underwood had the morals of Pee Wee Gaskins, if you want a real-world comparison.

Something really went wrong with this project. I never found it enjoyable, from the beginning — although I tried to give it a chance. I watched because everybody in the political world was talking about it, and because it was supposedly about a congressman (a white Democrat, no less, which was our first clue that it would not be realistic) from South Carolina. The Gaffney Peachoid even made an appearance! 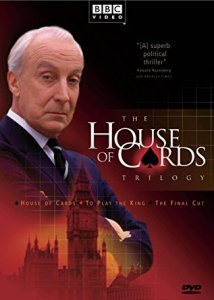 But it didn’t work, even on its own, strange terms. With the original British series back in 1990, it was completely obvious that this was arch, extreme satire. Or at least it seemed so to me. Francis Urquhart’s evilness seemed deliberately too much. And I found it more engaging — but not enough to watch past the first season.

And at first, we were invited to see the U.S. series the same way, with Frank Underwood’s little asides through the fourth wall serving as a smirking nod and wink to keep us from taking him too seriously: See what a bad boy I am?

But it wasn’t really funny, even going by a decadent notion of humor, and eventually the series seemed to abandon even that pose.

Did “House of Cards” lead directly to Trump? No. But it offered a little encouragement — which they did not need — to the nihilists who were already pleased to think the very worst of politics. Some of them (such as the Vince Foster fantasists) were sufficiently far gone to think this was some sort of documentary about the Clintons, just with the names changed. And it’s little wonder that anyone who thought that would vote for Trump over Clinton, even if they could see what an idiot he was.

The painful irony is that this absurd show, which (one hopes) was never meant to be taken seriously by anyone, led in any, tiny way to our present situation, in which the White House is occupied by someone so unfit that a couple of years back, we could not have imagined it.

Not that Trump is quite as bad as Underwood. But he’s every bit as absurd…. 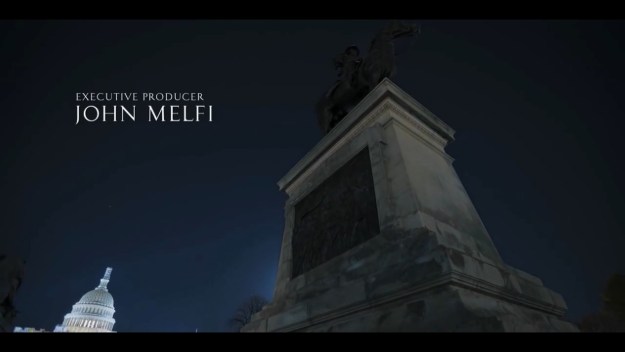 And no, the high production values — such as the interesting opening credits — couldn’t redeem this show.

38 thoughts on “Good riddance to ‘House of Cards,’ indeed”