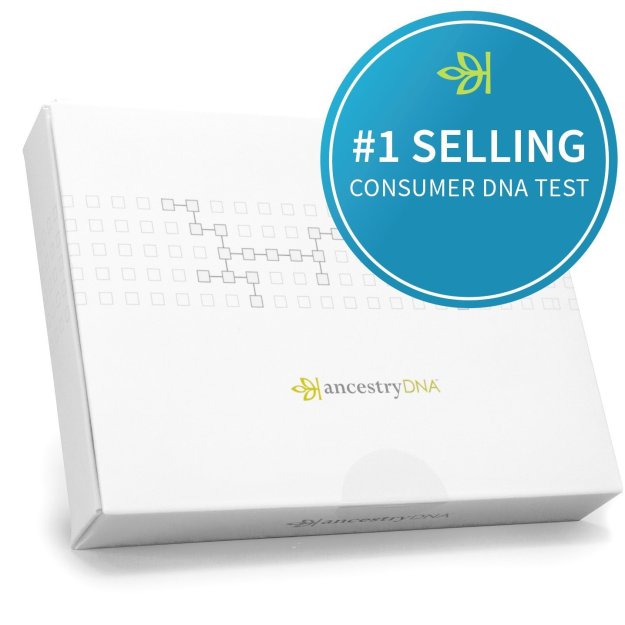 OK, so maybe it wasn’t the most romantic gift idea ever. And maybe it was more a present for me than for her.

But I had to give it a shot.

After a little back-and-forth about that, I said, Not that this is a related question or anything, but have you ever… thought about having your DNA done?

“I knew it!” she said. She, too, had seen the ads that said there was a special deal ending today: $59 for an Ancestry DNA kit, instead of the usual $99. “You want me to spit into a tube!”

See, I’ve been working pretty hard on her family tree as well as my own. And I’ve had some real success. For instance, one of her great-grandfathers had been kind of a dead end for her, as he died young far from his family. But I’ve managed not only to find his parents, but to carry his line back another five generations before that, back to Germany (we knew the name as Smith, but it was originally Schmidt).

Which is pretty cool, right? And with the data that a DNA analysis would provide, the sky would be the limit! Right?

What an exciting present! At least, I thought so.

She’s thinking about it. She’s probably also wondering what it is in my DNA that makes me this way… 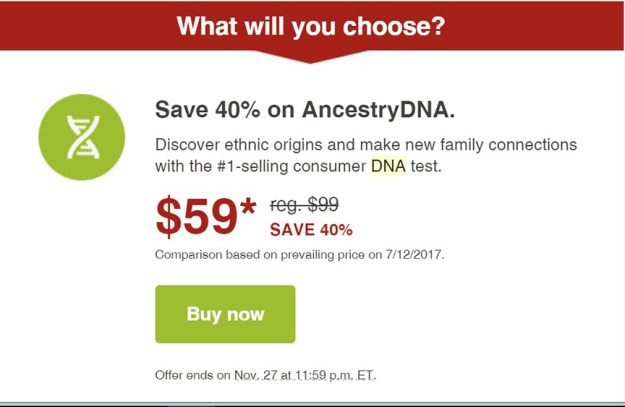