I’ve heard good things about Rep. Mandy Powers Norrell. She seems to be something of an up-and-comer in the S.C. House. She gave a nice speech at James Smith’s campaign kickoff last month.

But boy, has she taken a wrong turn on this one:

Actually, it’s more like Dancing in the Dark. We’ll be doing everything in the dark if we end Daylight Saving Time. I get that changing our clocks gives us that jet lag feeling, so why not just make DST year round instead? (I’ll be opposing this bill) https://t.co/ykWhOwICj6

You see, she was responding to this: 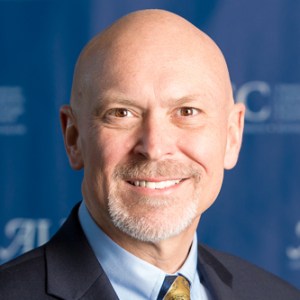 I had meant to write when I first heard of Mr. Clemmons’ bill a couple of weeks back, to give him my full support. At least, for the idea. I’m not so crazy about the referendum part. Lawmakers should just bite the bullet themselves and end this unnatural abomination called DST. Every referendum on a nonconstitutional issue is a step toward direct democracy, and that of course would be worse than year-round DST.

But the basic idea of doing away with DST altogether? Good one. Hear, hear.

Mind you, I’m slightly more sympathetic to the cause of the DSTers since I started my thing of walking 10,000 steps a day. I had a nice routine going in which I’d do 5,000 on the elliptical trainer before work in the morning, then take care of what was left with a nice, long walk with my wife when I got home.

The end of DST ended that. (So I’ve replaced it with a walk downtown in the middle of the day. And my wife and I still walk together on weekends.) But there’s a bonus on the other end: I’m not getting up in the dark — or at least, it’s not quite as dark — to do my morning workout. And that counts for a lot.

Mostly, though, it’s the principle of the thing. Noon is when the sun it at it’s zenith, or these man-kept hours have no meaning, no point of reference in the natural world! It’s the midpoint of the day (or, if you’re a captain in the Royal Navy during the Napoleonic Wars — and you probably aren’t — the start of the day). And if your clock strikes 12 an hour before the sun is at his height, then your whole day is a lie.

No, you probably don’t. Few do. But I will fight my rear-guard action as long as I can. And thanks for doing your bit for the cause, Rep. Clemmons. I may not always agree with you (on, say, bills such as this), but you chose the side of the good guys on this one…

4 thoughts on “Respect noon! Do away with DST for good…”