Three years after ordering the Legislature to start doing right by children who live in poor, rural school districts, in connection with a landmark 24-year-old lawsuit brought by those districts, the SC Supreme Court has just said, “Never mind.” 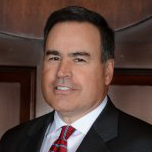 At least, that’s the way it looks at first blush.

The justices who joined Justice John Kittredge in voting to abandon the monumental, decades-long case were elected to the court since the 2014 ruling.

The court in 2014 ordered the Legislature to come up with ways to bring poor, rural districts up to snuff — without specifying how. We’re still awaiting lawmakers’ action on that front. Now, Kittredge writes that continuing to breathe down lawmakers’ necks on this “would be a gross overreach of judicial power and separation of powers.”

But hey, don’t worry, because he also writes, “Does the dismissal of this case reflect a lack of appreciation for the critical importance of public education in South Carolina? Absolutely not.”

So is that it for the poor districts? Well, Speaker Jay Lucas (from Darlington County) has often expressed his interest in doing right by them, while at the same time asking the court to get off his back.