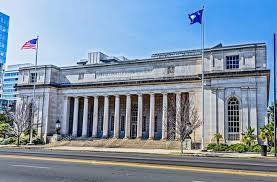 I had thought Cindi Scoppe was out of the country — Wales, I think — but then she had a good column over the weekend explaining why the S.C. Supreme Court had dropped the 24-year-old Abbeville case that sought equity for those who attend some of our state’s poorest schools.

It was headlined “Why the SC Supreme Court washed its hands of poor students.” Here’s an excerpt:

Contrary to House Speaker Jay Lucas’ declaration that the order showed the court “is satisfied by the House’s transformative efforts to improve South Carolina’s education system,” the majority actually had nothing to say about how satisfied it was or was not with the Legislature’s efforts.

Contrary to House Speaker Jay Lucas’ declaration that the order showed the court “is satisfied by the House’s transformative efforts to improve South Carolina’s education system,” the majority actually had nothing to say about how satisfied it was or was not with the Legislature’s efforts….

Basically, lawmakers let their intentions be known in the way they screened prospective justices to replace Jean Toal and Costa Pleicones:

When legislators grilled would-be justices leading up to the retirement of Justices Toal and Pliecones, they made sure the candidates understood that the court is not in fact the co-equal branch of government that the constitution claims. So for the past two years, the school districts’ Abbeville victory has existed on paper but not in reality, reduced from a mandate to act to a requirement to file annual progress reports…

Mind you, Cindi’s not at all sure that there exists a constitutional mandate that the state ensure a good education to every student. Like me, she believes that as a matter of public policy, it’s insane (and yes, immoral, for those who think I’m ignoring that) not to:

The many South Carolinians who recognize that our state cannot progress as long as we leave behind so many children are understandably upset by the court’s ruling. But we never should have needed to rely on the court to tell the Legislature to do what anyone who cares about the future of our state would do. And ultimately, it is up to all of us to demand and insist and never stop demanding and insisting that our legislators make the changes to the laws and the enforcement of those laws and, yes, the funding that are necessary to ensure that all children in this state have the decent education that we all need them to have.

Note that last part: “that we all need them to have.” It’s fine if we want to provide equality of opportunity to poor kids, if that makes us feel good about ourselves. But our collective self-interest comes into play here.

We need an educated population. All of us need that. We cannot afford to have these broad swathes of our state where people simply lack the skills to hold down a good job and contribute to the state’s prosperity and general well-being. We need capable doctors and nurses and lawyers and paralegals and air-conditioning repair people and cooks and clerks and cops and factory workers and builders and thousands of other kinds of workers. We can’t afford to live in a place where there are large bunches of people without skills.

Universal education is not so much a kindness to individuals as a pragmatic goal for the whole community.

It’s a wonderful thing to live in a country of laws. But one less-wonderful side effect of that is people sometimes think there needs to be a law that makes people do the right thing. To some extent, the Abbeville case was predicated on that.

But forget about whether the state constitution mandates a “minimally adequate education” or a “super-duper education.”

It’s just smart policy to do all we can to provide everyone with the chance to get educated. It’s that, and of course, it’s the right thing to do…