Let’s see what happens when you call me and my friends racist… pic.twitter.com/4NaGpBq6bI

Yeah. there’s a lot of other stuff to be said about this bit of poorly-recorded braggadocio. 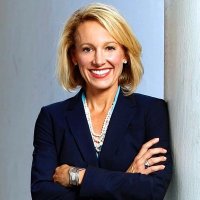 But I thought I’d start with my own pet peeve: If you’re going to shoot video and inflict it on the world, turn the phone sideways! I really don’t want to see those wasted black bars at the sides, thank you very much.

As for the rest… Catherine Templeton has definitely chosen her bed, as both Tweets shown here demonstrate. Let’s see how comfortable she is lying in it going forward…

Liberals and the establishment will attack me, but I support Steve Bannon and Donald Trump and their willingness to fight a failing bureaucracy for the people it serves. >> https://t.co/Qxn7IktGvt pic.twitter.com/lIyQxjPfPp

13 thoughts on “Yo, Catherine! TURN THE PHONE SIDEWAYS!”