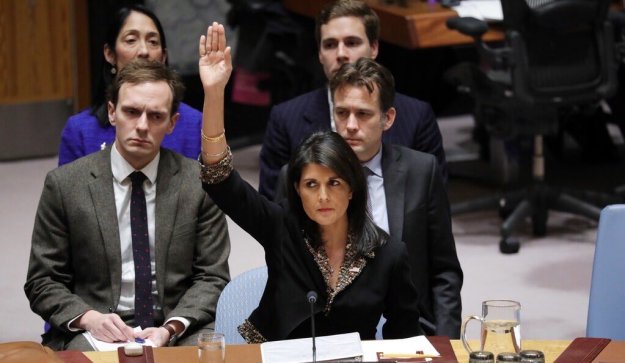 First, Nikki Haley was doing pretty well as a backbench S.C. House member, to the extent that we endorsed her twice. She had a lot to learn, but she seemed fairly bright and we felt her intentions were good.

Then, she ran for governor, for which she was shockingly unprepared. All I could say at the time was, “Don’t do it, Nikki!” But she did it. And for much of the past four years, she demonstrated how unprepared she was.

But toward the end, she showed some signs of growing in office. I wasn’t the only one who noticed. One of her own political appointees put it to me in just those words. I didn’t report that at the time because the next thing he said was, “And if you write that I’ll come to your house and kill you.” It didn’t seem worth it.

Then she got re-elected, and then in 2015 she did probably the finest thing she will do in her life, and I praised her to the skies and urged others to do so. Finally, I thought, she is a governor.

And then, owing Henry McMaster a major favor, you-know-who named her U.S. ambassador to the U.N. This was shocking, of course, because she had no known experience or understanding of geopolitics, either in a real-world or academic sense. So I braced myself.

But she has done surprisingly well. Not perfectly well, but amazingly so for someone entirely lacking in credentials.

I attribute this to one of her most remarkable innate attributes: She makes a good impression. Not just a good first impression, or a good second one — the effect continues through the 10th, the 20th and so on. Sometime after that, you might have creeping doubts, if you’re inclined that way. But it takes awhile.

And a talent like that can go a long, long way in diplomatic circles. Consequently, people started talking of her as a replacement for Rex Tillerson, who has no discernible diplomatic talents, and has been dismantling the State Department. She even gets mentioned as a possible future successor to you-know-who, but let’s not get into that.

The point is, she’s been doing well.

But sometimes old habits rise up, as in this Tweet:

At the UN we’re always asked to do more & give more. So, when we make a decision, at the will of the American ppl, abt where to locate OUR embassy, we don’t expect those we’ve helped to target us. On Thurs there’ll be a vote criticizing our choice. The US will be taking names. pic.twitter.com/ZsusB8Hqt4

Hey, at least she didn’t say that other thing people say they’re going to do in tandem with taking names.

You know what that reminds me of? When she presumed to “grade” legislators according to whether they had done her bidding. This was in 2011, long before she started showing signs of growing into the office of governor.

And this is disappointing. Here’s hoping Diplomatic Nikki makes a return, and soon…

United Nations Rebukes U.S. Over Jerusalem in 128-to-9 Vote

How fast can she write? That’s a lot of names to take in a short period of time…

6 thoughts on “And Nikki had been doing so WELL lately…”