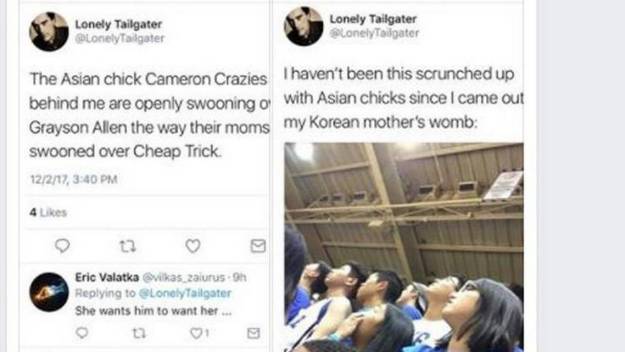 I’m musing over terminology after reading about the sportswriter who got himself into hot water at a Duke roundball game on Dec. 2.

Here’s what happened, as I understand it:

All of which seems fairly straightforward in a day when we’re used to people being more or less disappeared for stepping over lines.

But I’m confused by news stories that refer to the incident as “racial” or “racist.”

“Racial” maybe, in the sense that a reference to race was made. But that doesn’t seem to be a primary concern of the young woman who complained. She made a passing reference to herself as a member of the set “Asian women,” but didn’t indicate that that was what bothered her about what the wiseguy did. She seemed mostly bothered about being discussed before the world when all she was doing was watching a basketball game.

But “racist?” I ask because the college paper mentioned this among several instances in a story headlined “‘We were just kind of shocked’: Asian American students report racist comments in recent weeks.”

Yeah, the “Cheap Trick” seems to be kind of snide, presumably a reference to this. But racist? And if this guy is actually part Asian, as the reference to “my Korean mother” would indicate, can it be racist? I don’t know.

I don’t know. The whole thing kind of hovers on the edge of a number of hot-button issues that are in vogue — privacy in a social media age, safe spaces in academia, sexism, racism(?), and so forth — that I thought I’d offer it for discussion.

I do know one thing: If he’d been doing his phony-baloney job and paying attention to the game, we wouldn’t have all of this. But that’s the editor in me….

And I didn’t mean to go on about it this long. But whenever I can come up with anything even vaguely sports-related for you, my dear readers, I try to oblige… 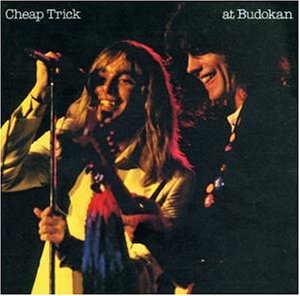 5 thoughts on “Duke Twitter flap: But was it ‘racial’?”