As you know, I have my doubts about whether Robert Mueller can save the country from this predicament, no matter how well and thoroughly and honestly he pursues his duty.

So I don’t look at this video and think, “Yes! When this happens our country will be back on track!”

But I do enjoy it, simply because I tend to enjoy when people are clever with video. Personally, I lack the video-editing skills even to produce a “Downfall” parody, so stuff like this impresses me.

Of course, the editing is rough — the heads don’t fit as smoothly onto the bodies as perhaps they should — but that crudity seems almost like a stylistic statement by the editor. He’s not asking us to suspend disbelief; he just wants us to dig it.

I’m struck by the weirdness of having Flynn and some of the others talking constantly, as though muttering to themselves as they are being pursued. I don’t know whether that’s deliberate or the creator was too lazy to find non-talking video, but I kind of like it, without being able to explain why.

But then, neither Comey nor Trump is speaking, which is appropriate, although uncharacteristic in Trump’s case. I think maybe the editor is saying, “This would shut him up…”

Anyway, enjoy, for what it’s worth… 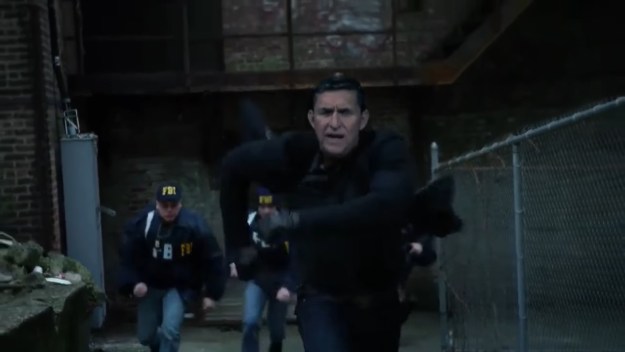 3 thoughts on “‘From Russia With Love’ Trump parody”