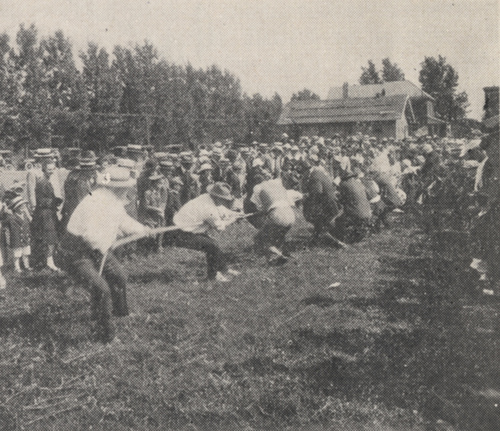 Some folks having an actual field day about a century ago.

You ever suddenly hit a wall in terms of your ability to tolerate trite, overused expressions?

For instance, this morning that moment arrived for “have a field day.”

A woman on NPR was talking about all the complex junk thrown into the Republicans’ tax bill at the last minute. She started to say that in the coming months, tax lawyers would… and suddenly, driving the old Volvo over the Jarvis Klapman bridge, I’m thinking Don’t say “have a field;” please, just spare me… and she completed the sentence with “have a field day,” as everyone listening knew she would. Once a sentence such as that one has gathered speed, there’s no avoiding the inevitable.

Perhaps you’re not tired of it. Perhaps I’ve reached my threshold because of the way it’s overused in reference to journalists, as in “The press will have a field day.” (Which it tiresome, but not as tiresome as non-journalists saying something is “splashed all over the front page” when it simply appears, quite soberly and modestly, on the page in question.)

But think about it: How much sense does this expression make to begin with? A “field day” is:

a : a day for military exercises or maneuvers
b : an outdoor meeting or social gathering
c : a day of sports and athletic competition

And usually, it means the last of the three.

What does that have to do with what tax lawyers will be doing with this mess of a bill? Nothing, really.

So it was kind of a stupid expression the first time it was used to mean “to gain advantage or success from a situation, esp. one that is bad for someone else.” (Which doesn’t, let’s face it, really quite describe what people are doing when they “have a field day.” They mean something more like “have themselves a time with it,” or “go hog-wild with it,” or some other hoary expression that doesn’t irritate me quite as much — yet.)

And at this point, it is far beyond useful. So let’s have no more of this nonsense… 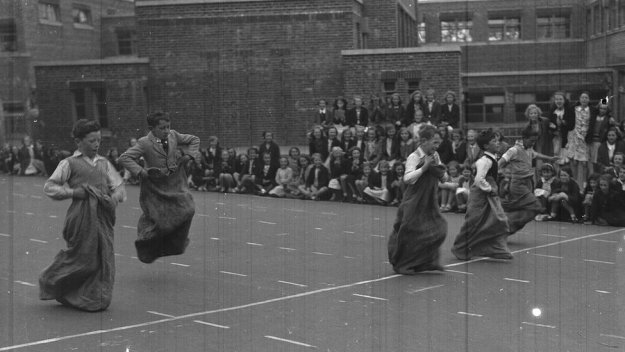