Today, Washington Republicans, nearly a year after capturing total control of both political branches, actually did something they had said they would do.

They passed a huge, complicated tax package that no one has made a convincing case the nation needs, that is startlingly unpopular (“24 percent of Americans say that the Trump-backed tax plan is a good idea, versus 41 percent who believe it’s a bad idea“), and that the experts predict will significantly increase the national debt. 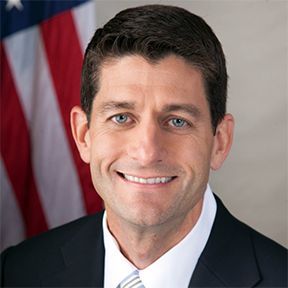 Whatever it does to the country, the bill has made one man very, very happy…

But hey, they did something, whether it was a good idea or not, and they’ve wanted to do something for so long, so they’re excited about it. So, congrats, guys. I guess…

Paul Ryan can die happy now, his heart’s desire having been achieved. They say he’s been working toward this since 1993. Which tells you a lot about Paul Ryan.

I am not excited, partly because it is about money. And I just find it hard to get interested in money, even my money, during those anomalous periods of my life when I have some. Needless to say, I have not tried to decipher any of those stories out there that would tell me how I would fare under this boondoggle. Just don’t tell me, OK?

Anyway, that would not be the criterion I’d go by in judging whether this is a good move or not. The point is whether it’s good for the country. And I just can’t begin to tell you whether it’s a bad idea, or a worse idea. (Yes, hypothetically it could be a good idea, but I’ve been watching this come together, and that seems fairly unlikely. Perhaps I’ll be surprised.)

But perhaps some of y’all have passionate opinions on the subject, or even salient observations to make.

So here’s your chance…

25 thoughts on “Republicans in Washington actually do something”