Robert J. Samuelson — whom I don’t read as often as I should because of his tendency to write about money and other things one can measure with numbers — is not a guy to read at all if you want him to tell you things you want to hear. 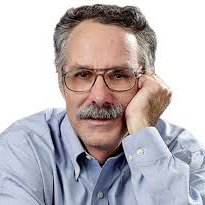 Well, let me amend that: I think the things he has to say are fine, when I can cut through the numbers and read him. But based on voting patterns I’ve seen in recent years, he’s likely to give a lot of other folks apoplexy.

For instance… not satisfied merely to slice and dice the Republicans’ contemptible tax “reform” plan last month, he strode right past the nonsense to speak a home truth: “Americans aren’t taxed enough.”

He didn’t mean it in absolute terms, of course. There is no perfect amount of taxation, and saying “this isn’t enough taxation” in a vacuum would be as idiotic as say, also in a vacuum, that “Americans are taxed too much.” And Samuelson is not an idiot.

No, he means that as long as America means to spend X amount — and there has been no credible effort to reduce the lion’s share of spending — it must have the common sense and maturity to pay X amount in taxes. And it’s been a very long time since we’ve done that.

The truth is that we can’t afford any tax reduction. We need higher, not lower, taxes. What we should be debating is the nature of new taxes (my choice: a carbon tax), how quickly (or slowly) they should be introduced and how much prudent spending cuts could shrink the magnitude of tax increases.

We resist the discipline of balancing the budget, which is inherently unpopular. It’s what Eugene Steuerle of the Urban Institute calls “take-away politics.” Some programs would be cut; some taxes would be raised. Americans like big government. They just don’t like paying for it….

But if you think that’ll make some people mad, consider his column today. But first, someone bring the smelling salts for Bud and Doug. The headline is, “Why we must raise defense spending.” An excerpt:

Politically, the vaunted military-industrial complex has been no match for the welfare state’s personal handouts. There has been a historic transformation. In the 1950s and 1960s, defense spending often accounted for half of the federal budget and equaled 8 to 10 percent of gross domestic product (the economy). In 2016, defense spending was 3 percent of GDP and 15 percent of the federal budget, according to the Office of Management and Budget. Meanwhile, welfare programs — called “human resources” by the OMB — accounted for 15 percent of GDP and 73 percent of federal spending….

The result is this:

Here is the assessment of Mackenzie Eaglen, a defense specialist at the right-leaning American Enterprise Institute:

“The United States now fields a military that could not meet even the requirements of a benign Clinton-era world. The services have watched their relative overmatch and capacity decline in almost every domain of warfare . . . for nearly two decades. As rival nation-states have accelerated their force development, the Department of Defense has stalled out, creating a dangerous window of relative military advantage for potential foes. . . . While the United States continues to field the best military personnel in the world, policy makers have asked them to do too much with too little for too long.”…

So, to summarize, we’re not taxing enough for the spending we’re doing, and we’re not spending enough to adequately perform what was originally the government’s chief responsibility.

And before I get the cliche response — citing numbers showing how much more we spend than other nations is pretty pointless. We emerged from 1945 as the chief guarantor of a security order designed to stave off World War III. And the only nations that have shown any interest in taking that mantle of dominant military power off our hands have been the very last big countries a believer in liberal democracy would want to see do so.

Samuelson may write too much about numbers, but I have to hand it to him: He goes right where the number lead him, regardless of whose ox gets gored, on both the left and the right…