I’d been hearing about the way the veep prostrated himself before Trump in the Cabinet meeting Wednesday, lavishing treacly praise upon him, slathering it shamelessly.

He lowers himself so, I hear overtones of something that doesn’t belong in America, or anywhere else in the West. I hear an Eastern potentate being addressed as the “Flower of Courtesy, Nutmeg of Consolation, Rose of Delight,” by a 19th-century supplicant begging forgiveness for imposing his miserable self upon the time of such a glorious personage.

Not to cast aspersions on other cultures or anything, but we just don’t talk to anyone this way in this country. At least, not before now.

The fact that we can’t see Pence’s face offers me a sliver of hope: Perhaps his eyes are blinking Morse Code: “T-O-R-T-U-R-E”… 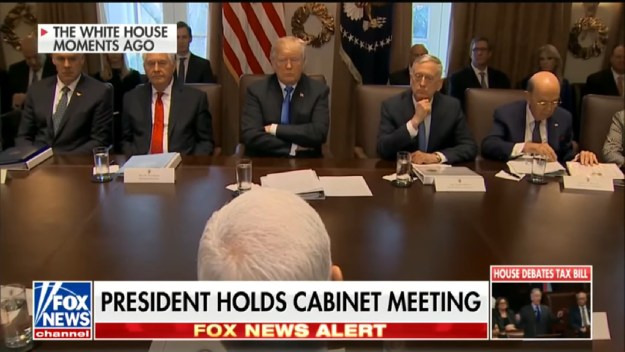