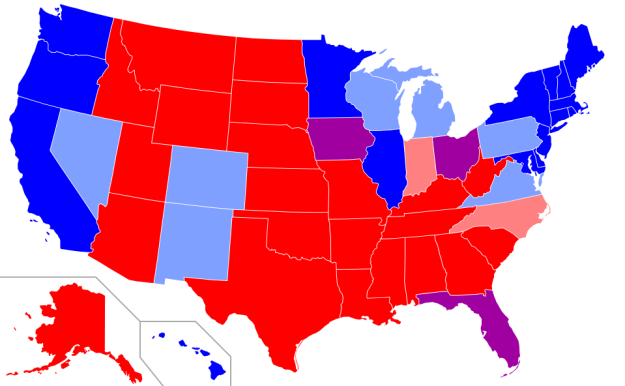 The election that made Donald Trump president was an unmitigated disaster for America and for the world it has led since 1945. And it’s hard to see how the nation is going to extricate itself and recover.

But things would not have been a bed of roses had Hillary Clinton won the election as well as the popular vote. You think Congress has been feckless and obnoxious this year (it’s great achievement passing an unneeded, execrable tax bill)? In the event of a Clinton victory, Congress would have spent all its time launching attacks and investigations against the woman many of the GOP members have hated with every fiber of their beings almost (and with some you could leave off the “almost”) since they were children. The nasty partisanship of the Bush and Obama years would be looked back on fondly as a golden age of harmony.

It was a no-win proposition. Of course, a voter with judgment and a conscience had to vote for Clinton because Trump had to be stopped and she was the only person in a position to stop him. But still, things would have been pretty bad had she won — just not as bad.

The country couldn’t win in 2016, because Donald Trump and Hillary Clinton were the two least-appealing nominees in the memory of pollsters. As FiveThirtyEight proclaimed in May 2016, “Americans’ Distaste For Both Trump And Clinton Is Record-Breaking.”

How did this happen? Of course, in part it can be explained as simply a function of our partisan polarization: The candidate who appeals most to one side is the most hated by the other. But it’s way more complicated than that. These people were little liked among us independents, either. And these candidates were unique. Never before has a party nominated someone who was in the White House 25 years earlier, and started being despised by a large portion of the electorate way back then. Nor has a party picked a famously sleazy businessman with zero relevant experience, knowledge, understanding, or principles. So no, it was not politics as usual.

This predicament was in no way inevitable. As recently as 2008, both parties had opted for their most broadly appealing candidates, leading to what I, as an independent who (like so many) liked them both, saw as a win-win proposition. I regretted that I couldn’t vote for both McCain and Obama.

So how do we avoid this in the future? Well, the dream option would be for both parties to fall apart and to have some better system of winnowing the field suddenly and magically replace them. Do you see that happening? I don’t. Or rather, I see the falling-apart part happening, but not the replacing-with-something-better part.

Another option would be for the parties to stick around, but clean up their act to where they can put forth candidates who appeal to someone outside their most-committed respective bases.

I’m not seeing this happening so far. I heard on the radio the other day (but for some reason am having trouble finding it now) that Democrats have been working on “reforming” (Democrats sometimes use “reform” loosely, the way Republicans do with regard to taxes) their nomination process. I can’t give you specifics since I can’t find it now, but it sounded to me like they wanted to make the process more democratic, so that party elites can’t stack things in favor of their preferred candidates. This to me sounds like the opposite of reform. The insurgencies of Bernie Sanders and Donald Trump are the best argument I’ve ever seen for smoke-filled rooms. But then I have to acknowledge the inconvenient fact that Hillary Clinton was the choice of party elites this time. So what that tells me is that they need new elites.

(OK, I found something about the Democratic reform process. But it’s not what I was looking for.)

Meanwhile, the Republicans are cursed with power, and obviously haven’t a clue what to do with it. All of their pathological dysfunction has been nakedly on display this year, which is why the party has accomplished nothing but a tax bill that looks like a parody of everything the populists who voted for both Sanders and Trump despise about the GOP. Really, fellas? This is the big achievement that you think will save you? Basically, the GOP has spent the year staggering from disaster to embarrassment and back again. And hey, in a few days the Republicans in the Senate will likely be welcoming Roy Moore, the ugliest baby yet produced by the polygamous marriage of incompatible factions that is currently the Republican “big tent.”

I don’t have a magic wand or I’d be waving it like crazy to prevent 2020 from being like 2016, which would be more than either party seems to be doing so far.

Perhaps you have some ideas…

19 thoughts on “Trump and Clinton were the two most-despised nominees ever. How do we avoid that in the future?”