The capacity of the human mind for rationalization is an amazing thing. The things we can talk ourselves into without breaking a sweat…

Seeing this sentence this morning in a story about honoring the slaves who built USC sent me off on a tangent: “Sancho and his wife Lucy became the property of Thomas Cooper, president from 1821 to 1833 of what was then South Carolina College, with Sancho becoming a well-known figure on campus.” 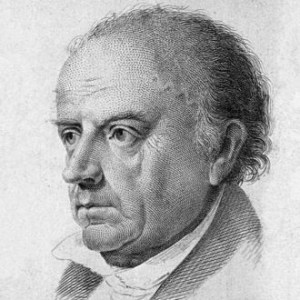 My wife’s mother was a Cooper. All the Coopers in living memory lived in West Tennessee, but I knew that if you followed the line back to the mid-19th century, some of the Coopers lived here in Richland County, SC. And a number of Coopers were named Thomas.

So I had often wondered whether there was a connection to the famous Thomas Cooper of USC, and this morning I decided to read up on him.

Apparently, there’s no connection, since the academic Cooper was originally from England — whereas my wife’s Cooper ancestors had been in America a couple of generations ahead of him. With such common first and last names, that’s hardly surprising.

But I found reading about the USC Cooper interesting. He was apparently quite the philosopher, friend to Thomas Jefferson and other leading lights of the time. But this bit from Wikipedia sort of blew me away:

He supported the institution of slavery, although he had strenuously opposed the slave trade. In the mid to late 1780s Cooper fought passionately against “that infamous and impolitic traffic”. He wrote that “negroes are men; susceptible of the same cultivation with ourselves”, claimed that “as Englishmen, the blood of the murdered African is upon us, and upon our children, and in some day of retribution he will feel it, who will not assist to wash off the stain”. But in America Cooper accepted slavery itself, as he doubted that “in South Carolina or Georgia…the rich lands could be cultivated without slave labour”….

Let me make sure I’m following you, Tom: The slave trade is “infamous.” People of African descent are just as human as whites and just as worthy, and all of us who fail to do something to remedy this injustice are deserving of “retribution.”

But hey, we need them to work the plantations, so never mind! That cotton’s not going to pick itself!

Wow. He was celebrated for his great intellect, and this is how he used it…

19 thoughts on “You say we NEED the slaves to work the fields? So much for philosophy…”