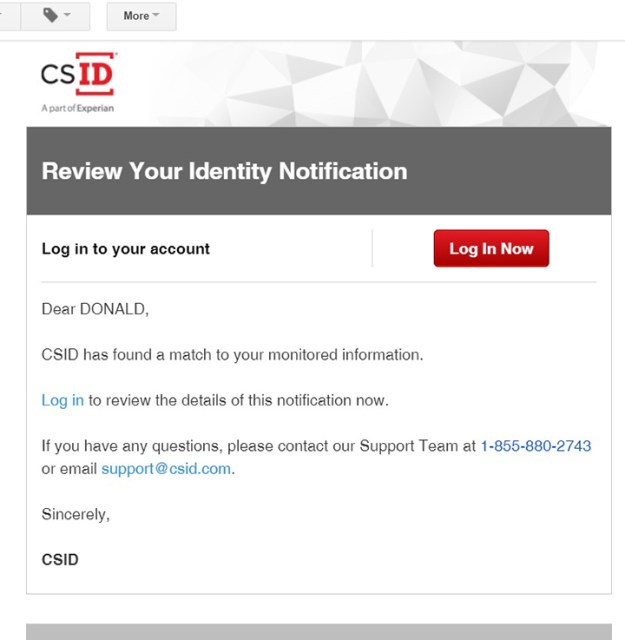 Just got another of those monthly emails from that security service that the state offered us to help us keep our identities safe after the big Department of Revenue breach several years back.

About once a year, I try to log in, and I never remember my password, so I have to go through a bunch of rigmarole to get in, and when I do, all I find is a report on sex offenders in my area.

I mean, does anybody still use this service?

4 thoughts on “Does anybody still look at these security alerts?”