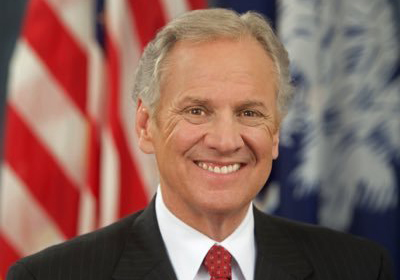 And the silly beat goes on…

Yesterday, we had Catherine Templeton actually seizing upon that silly mistake in The State and spinning it into a tale of deliberate persecution — of herself, of course. (Politicians these days are so whiny, and take things so personally. Someone is always being mean to them.)

On the same day, we had this foolishness from Henry McMaster:

The governor’s proclamation encourages all South Carolinians to stand for the playing of the national anthem before the Super Bowl LII matchup between the New England Patriots and Philadelphia Eagles, according to a news release from McMaster’s office.

“Standing for the national anthem recognizes and honors the sacrifice of generations of men and women who have chosen to serve in the United States Armed Forces,” McMaster said in the news release. “I ask that all South Carolinians show the world our state’s resolute commitment to supporting our troops by standing for the national anthem wherever you watch the Super Bowl with your loved ones this Sunday.”…

All I could say to that was this:

1. How will the troops know we’re doing it?
2. Does this mean I have to watch the Super Bowl?
3. When is it again?

As y’all know, I’m sympathetic to veterans who are sincerely affronted by this particular form of protest by football players. But I can’t for a moment feel sympathy for this kind of shallow, calculated manipulation… 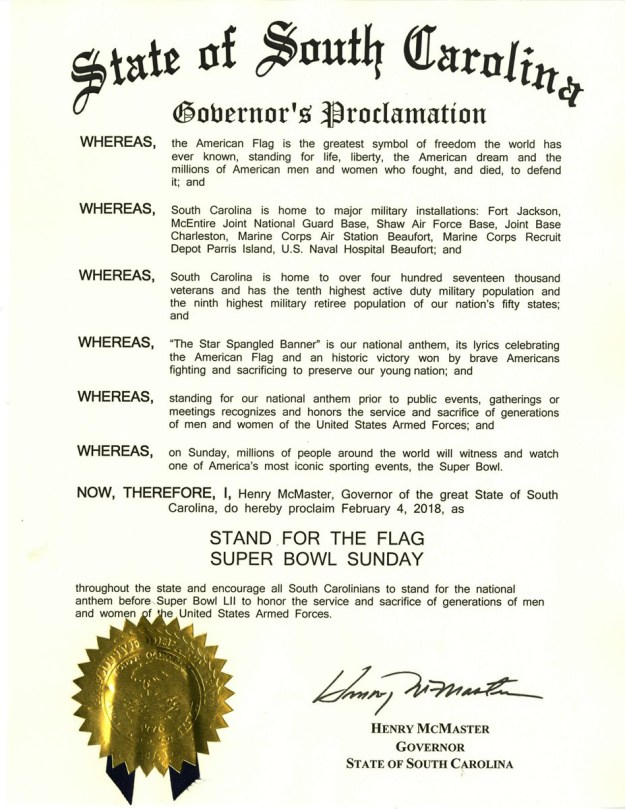 6 thoughts on “Does that mean I’d actually have to WATCH the Super Bowl? Henry, you ask too much…”