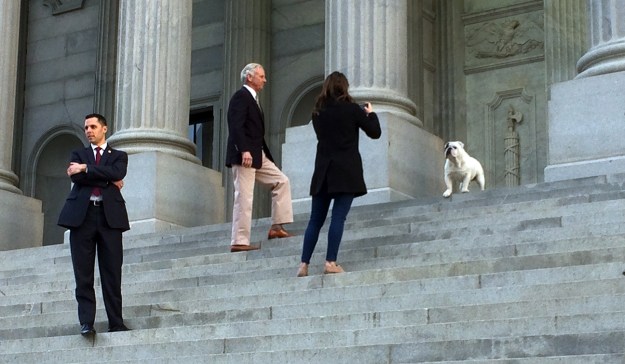 I’m still doing the 10,000 steps-a-day thing — actually, averaging more like 12,500 the last couple of months. I do more than half in the morning before heading downtown, on my elliptical.

Then, most days, I take a walk downtown in the afternoon — usually around the USC campus and then a lap around the State House before heading back to ADCO. That puts me well over my goal, and whatever I do the rest of the day is lagniappe. 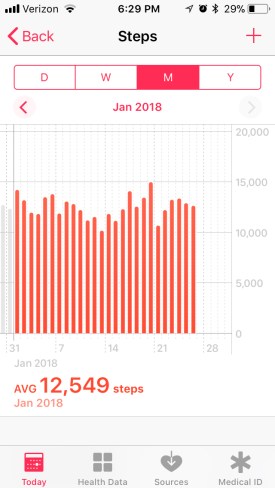 Inevitably, I run into people I know. Funny thing is, they usually don’t know me. I always wear a hat, plus my flip-up shades, to keep the sun out of my eyes (I hate glare, something that has kept me indoors most of my life). Then there’s the fact that I haven’t shaved since Christmas Eve. So everyone I run into says “Who’s that?” Earlier this week, for instance, that happened with Dwight Drake as he was walking back to Nelson Mullins from the State House.

I also run into people I don’t know, make new friends. Yesterday, I was crossing the Horseshoe when a USC cop was taking down the U.S. and state flags. He was struggling to handle the SC flag alone — holding it above his head while he tried to neatly fold it lengthwise — so I went over and helped him. As we folded, he asked whether I was a professor (the beard, I’m thinking), and I told him no, and we chatted and learned we had a mutual acquaintance.  I’m not sure the triangle we folded the U.S. flag into was quite regulation, but we got the job done,  more or less the way you see honor guards at military funerals do it in the movies.

Then today, I ran into our governor. His bulldog puppy had just run to the top of the State House steps — I overheard someone say “11 seconds” — and photos were being taken to mark the occasion.

As they were descending, I said “Hey, Henry,” and he squinted and said, like everyone, “Who’s that?” So I told him, and he came over and we talked about the dog. He’s about 11 months now. News reports have called him “Mac,” but I think Henry introduced him as “Mac II.” Anyway, neither of us brought up politics, and after a moment I continued the walk.

Exercise is making me more sociable… 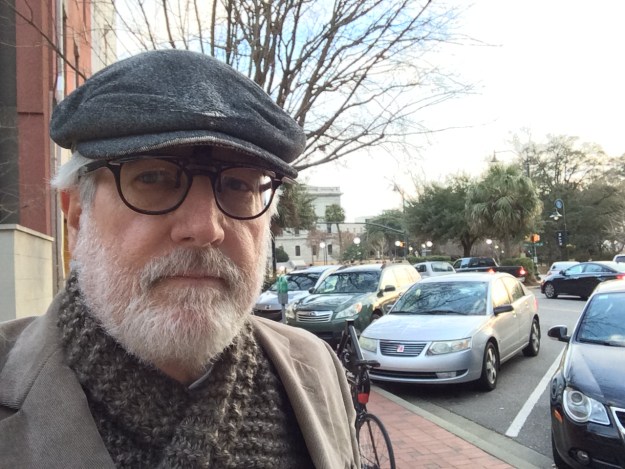 Imagine the flip-up shades being deployed, and you can see why the incognito thing works.