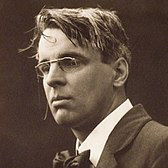 As you know, there’s probably no poem I like to cite more, as political commentary, than W.B. Yeats’ “The Second Coming.”

I’m hardly alone in that; the piece is irresistible. Few statements better describe the basic problem of our politics over the last quarter-century than “Things fall apart; the centre cannot hold…”

Even better is this description of something I’ve noted and lamented in many contexts, regarding many issues:

Recently, I ran across another Yeats poem that I don’t recall having read before. If anything, its political commentary seems more focused on our particular moment, from the perspective of 1921. It’s called “The Leaders of the Crowd.” Here it is:

THEY must to keep their certainty accuse
All that are different of a base intent;
Pull down established honour; hawk for news
Whatever their loose fantasy invent
And murmur it with bated breath, as though
The abounding gutter had been Helicon
Or calumny a song. How can they know
Truth flourishes where the student’s lamp has shone,
And there alone, that have no Solitude?
So the crowd come they care not what may come.
They have loud music, hope every day renewed
And heartier loves; that lamp is from the tomb.

It’s all there: the rejection of fact and wisdom, the inventions of loose fancy, the pulling down of established honour, the calumny aimed at those who are different.

Anyway, the death of Dolores O’Riordan this week put me in mind of Yeats, so here’s something to listen to…