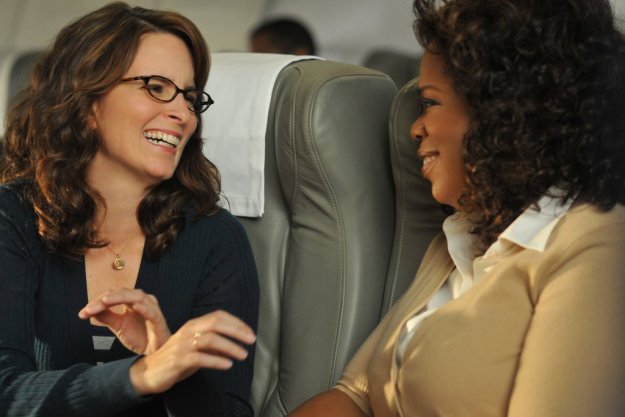 Sources say Oprah Winfrey is “actively thinking” about running for president. Of the United States.

would you vote for @Oprah for (any) elected office?

Remind me to ask Rob sometime how you set up a tweet like that. Now, back to the topic…

I answered “wut idk,” because I really don’t know. It would depend on the office she was running for (since Rob said “any”), who was running against her, and on me learning a lot more about her.

Having never watched her show (beyond that clip of Tom Cruise going nuts, which I think all America has seen) or read her magazine, and having certainly never heard her political views, I just don’t know. The longest exposure I’ve ever had to her was that episode of “30 Rock” when Liz Lemon took a tranquilizer before flying and hallucinated that Oprah was in the seat next to her.

I do assume (unless I learn some really bad stuff about her) that I would vote for her over Donald Trump for pretty much anything. That’s because while I don’t know of any great positive qualifications she has for the presidency, I’m also ignorant of any negatives. Whereas I’ve never seen a person in high office with more negatives than Trump.

Last time I looked, one person had answered Rob in the affirmative, three of us had answered idk, and the rest were negative. I wonder what makes those five people so sure they would never vote for this woman, for any office? Maybe they know of huge negatives I don’t know about, but I sort of doubt that…

26 thoughts on “Would you vote for Oprah?”