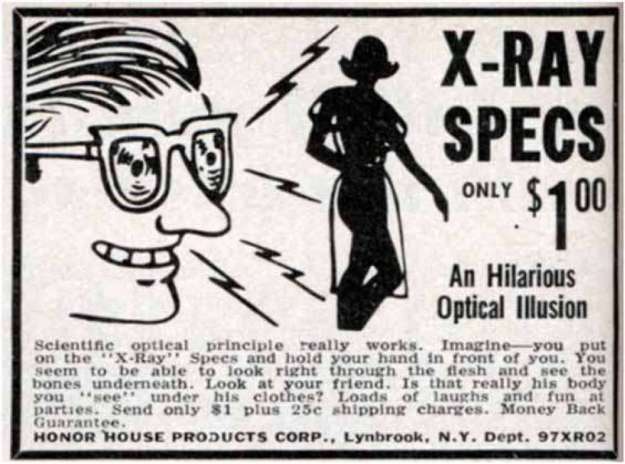 Remember the above ad, which appeared so often in comic books back in the day? 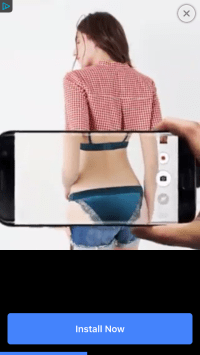 Even when I was a little kid who would have thought it awesome to have even one of Superman’s powers, I wasn’t gullible enough to send off a buck for a pair of these specs. Every time I’d see the ad, I’d go, “Could it work?… nahhhh!”

But somebody probably bought them, else they wouldn’t have kept on advertising them. We were pretty dumb back in olden times, weren’t we?

Well apparently, someone is betting that guys (and who else would buy these?) are just as dumb today. This is a screen grab from a video ad that came up between games of Words With Friends. And somewhere out there there’s a guy who’s thinking, “Well, smartphone apps can do some pretty amazing things…”

And surely, they couldn’t have faked that, right?

Note that today as well as before, it’s assumed that there’s one thing that guys would want to use such technology for — the #metoo movement notwithstanding…