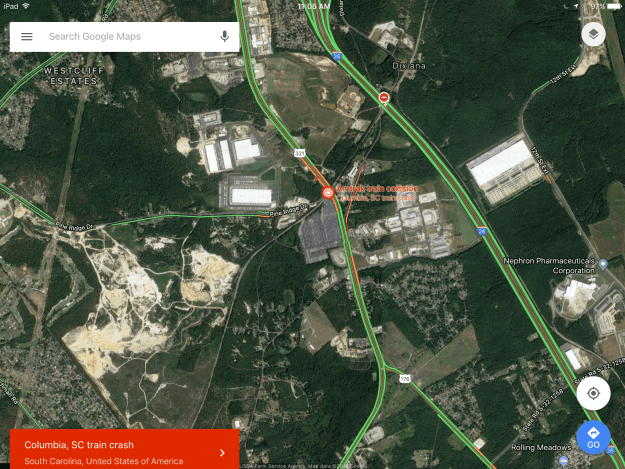 Yesterday morning, after being awakened by The New York Post, I started trying to figure out where the train wreck was on my iPad’s Google Maps app.

It wasn’t too hard — it was right there where the red marker said “Amtrak train collision.”

That is a pretty cool feature. I wonder how that happens? Does Google have a newsroom somewhere with people who watch the news and place these things manually? And if so, how do they do it accurately? Don’t tell me they have access to satellite imagery in real time? Or do they get it off the coordinates of some reporter who’s there using an Android phone? Maybe. But it’s probably an approximation, based on the description that it’s at Charleston Highway and Pine Ridge.