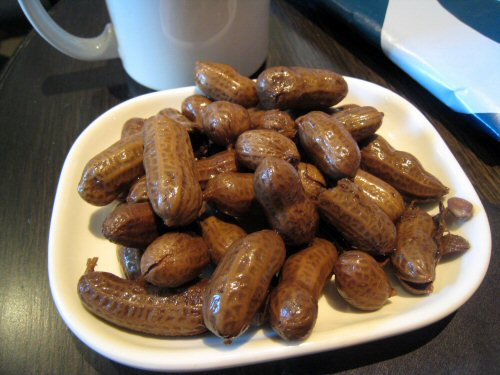 I learned about it from this release today from Lindsey Graham:

Graham and Scott noted that even though South Carolina has the fourth largest peanut industry in the country, the state is not represented the Peanut Standards Board. The board, created by the 2002 farm bill, advises USDA on proper standards for peanut quality and handling.

“As growers of our state’s official snack, South Carolina peanut farmers deserve a say in matters that affect their livelihood. I’m proud to work with my colleague, Senator Scott, on this important bill to ensure South Carolina’s peanut farmers get adequate representation at USDA,” said Graham.

“Ensuring South Carolina peanut farmers have a seat at the table is incredibly important,” Scott said. “I want to thank Senator Graham for working together on this important bill, and I look forward to sharing some South Carolina boiled peanuts with our colleagues when it passes.”

But as long as we’re going to have one, I can’t think of a better one than boiled peanuts. Can you?

And in fact, now that I know it, I find myself growing quite indignant at the knowledge that heretofore, we were unrepresented on the Peanut Standards Board!

In light of that, I’d like to propose a new Official Battle Cry for the state of South Carolina:

No Goobers Without Representation!

13 thoughts on “Did you know SC had an Official Snack? I did not…”