Classic example of what reform-minded leaders in S.C. face every day. Sadly, many of the individuals involved in this scandal are still serving at the highest levels of state government. https://t.co/2tNuJhalO1

Yes, Jaime, and so are you.

I normally don’t care much for parties, as y’all know, but I often approve of some of their members. And Matt and Jaime were unusual party chairs. They were friends rather than enemies, and worked together when they could for the betterment of South Carolina. For instance, they stood shoulder-to-shoulder for removing the Confederate flag from the State House grounds.

Later, they both came out for reforming two of the greatest scourges of partisanship: gerrymandering and straight-ticket voting. 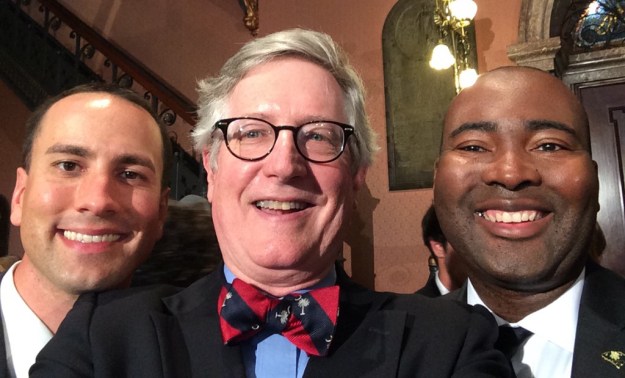 Matt, Yours Truly and Jaime celebrating the removal of the flag.