EDITOR’S NOTE: Here’s a correction that proves the point of this post. While I knew I had quite a few ancestors who owned slaves, just for contrast I mentioned one great-great grandfather (Henry Waller) who I said did NOT. I was wrong. A first cousin has written to let me know Henry owned at least one slave, whom he mentioned in letters home. I hope to get copies of those letters soon. So even I am guilty of falsely believing that one ancestor owned no slaves…

“It’s important to note that my family didn’t fight because we had slaves,” Templeton said to a room mostly filled with university students. “My family fought because the federal government was trying to tell us how to live.”

We won’t get into the fact that the one thing white Southerners — the ones in charge — were afraid the federal government would make them do was stop owning slaves. And I’ll point out only in passing that if your ancestors owned no slaves and took up arms for the Confederacy, then they were victims of a major con job. Some of my own ancestors were duped in the same manner.

But not all of them. I’ve long known that some of my ancestors were slaveowners. But it wasn’t until I started seriously building out my family tree that I realized how many of them fit that description.

As much as I love talking genealogy — as y’all know, to your sorrow — I hesitated to post this. But my tree is the only one I know this well, and I think what I have found argues against the claims that all too many white Southerners make. And I think people should know that. So here goes… 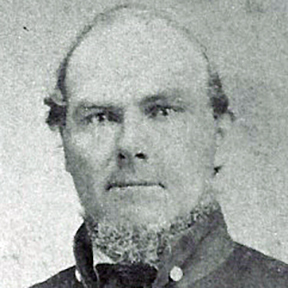 At first, I had thought that slaveholding was limited to my paternal grandmother’s people, the Bradleys (for whom I’m named). Patrick Henry Bradley, her grandfather, was one of the leading citizens in his part of Abbeville County. When the War came, he raised his own company and led it in the field, but soon returned home to serve out the rest of the war in the Legislature. His eldest son stayed at the front, and was killed at Trevillian Station in 1864.

I would have assumed that the Bradleys were slaveholders just because of Patrick Henry’s service in the Legislature, which was largely made up of the slaveholding class. But I don’t have to assume; I have documentary and anecdotal evidence to that effect. I don’t know whether he had a lot of slaves, but he had some. 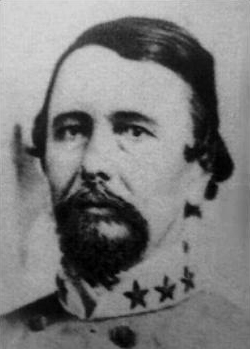 I had accepted this as fact long ago, but I had assumed that my ancestors in other branches of the family were generally innocent of having owned other humans. Not based on anything, really, beyond the fact that none of them were quite as upscale as the Bradleys. Of course, when I say “Bradleys,” I’m lumping in a lot of folks who bore different surnames — pretty much that whole quarter of my tree. For instance, James Chesnut — husband of famous diarist Mary Boykin and one of the leading men in Confederate South Carolina — is a 3rd cousin four times removed. (That means my 6th-great grandfather, Alexander Samuel Chesnut, was his great-great grandfather.) He was in that Bradley fourth.

(EDITOR’S NOTE: The following paragraph is dead wrong. Henry Waller DID own at least one slave, I am reliably informed. I hope to have evidence of that soon…)

But I had liked to think that another great-great grandfather, William Henry Waller, was more typical of the rest of my tree — just an ordinary soldier who got caught up in forces bigger than he was. I’ve never seen or heard anything to indicate Henry owned slaves, or money or much else. But admittedly, I don’t know a lot about him. He went AWOL to visit the family farm in Marion County when his unit was marching north toward Virginia. My great-grandmother — who died when I was 4 years old (yep, that’s how recent that war was: someone who lived then overlapped with my life) — was born nine months later. She, my mother’s father’s mother, never knew her father, because Henry died of disease at the siege of Petersburg. Consequently, I know practically nothing about him. I don’t even know who his parents were, or whether he had siblings. That line is the shortest on my tree, because of that break. 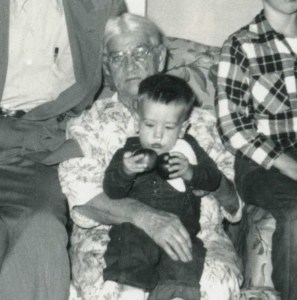 The old lady is my great-grandmother, the daughter of Henry Waller, who died at Petersburg. The big-headed kid on her lap, grooving on the apples, is me. This was 1957.

I picture Henry as being one of those guys like Virgil Caine in “The Night They Drove Old Dixie Down.” A sympathetic character caught up in events and trying to get by the best he could. And I tended to lump others from the non-Bradley portions of the family into that category.

But I was wrong, as I learned from early census records after I finally paid to join Ancestry and gained access to that site’s documentary “hints” about my forebears. Later census records name everyone in a household (although their names are often spelled wrong). But in the early decades of the 19th century, the records would just name the “head of household,” and then give a demographic breakdown of the rest of the household — X number of “Free White Persons – Males – 16 thru 25,” and Y number of “Free White Persons – Under 16.”

But the really revelatory data comes under such headings as “Slaves – Males – 26 thru 44.” I assume the records were kept that way so each slave could be counted as three-fifths of a person for the sake of electoral apportionment.

Perusing these records can be a real eye-opener. While Henry Waller may not have owned slaves, others on my mother’s side did. Take, for instance, my 4th-great grandfather Henry C. Foxworth, also of Marion County: There were six slaves in his household in 1820. This sort of thing will pop up again and again in a white Southern family. However humble and righteous you may think your ancestors were, a family tree is likely far more diverse — here I mean economically diverse in particular — than you give it credit for being. And the people who bore your surname are only a tiny fraction of the people from whom you are descended who lived during the centuries of slavery. Until I really got into building my tree, I had no idea I was descended from anyone named “Foxworth.” 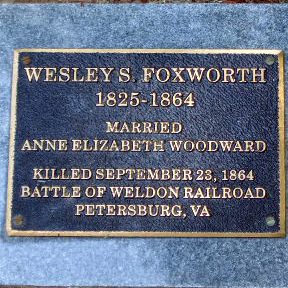 (By the way, like Patrick Henry Bradley, Henry Foxworth also lost a son in the war. My great-great-great grandfather Wesley Samuel Foxworth was also killed during that Petersburg campaign. Fortunately for me, his daughter from whom I am descended had been born 12 years earlier.)

I am three-fourths South Carolinian, but hey, at least I won’t find any of that slavery stuff among the Warthens up in Maryland, right? So I thought — somewhat irrationally, since Maryland (although it stayed in the Union) was a slave state.

My great-grandmother Rebecca Jane Rabbitt — who married my great-grandfather Warthen — died in 1898, two days after the birth of her sixth child. She was 35. But I’ve been a lot luckier tracing her tree than poor Henry Waller’s, taking it back to the Middle Ages. (Through her, I’m a Tudor, making Henry VIII a cousin.)

But one of the more interesting things I’ve found on that line is much more recent — it involves her grandfather, John Thomas Rabbitt Jr., 1779-1863. It’s an indenture contract. One William Frumfree, described as “a colored man,” owed $40 to the state of Maryland, and was in jail in 1829 because he couldn’t pay it. My ancestor paid it for him, in exchange for which… well, here’s a quote from the document Mr. Frumfree signed:

Oh, and just in case you thought that would be lighter service than being a permanent slave, there’s this language:

Why do I tell you all of this? To shame myself, or to perversely brag about what wheeler-dealers my ancestors were? No. Of course I’m uncomfortable with this topic and these details, but my point is that I highly doubt that my tree is unusual. Note that these slaveowners I’ve mentioned had nothing to do with each other. They never met. They were from very different families living in different places under different circumstances. In other words, these incidences of slaveholding were independent of each other.

And it crops up often enough that I can’t believe I’m anywhere near alone in this. Almost half of white South Carolina families (46 percent) owned slaves. What do you think the chances are that none of the many families that led do you owned human property?

If other white Southerners really knew who their ancestors were, you’d seldom hear a proud neoConfederate say, ever-so-self-righteously, that his (or her) ancestors didn’t own slaves. The odds are against it being a fact.

It is a wise child that knows his own father, and a wiser one who knows even more of his forebears, and faces up to reality.

26 thoughts on “If you’re a white Southerner and you think your ancestors owned no slaves, you should probably dig a little deeper”