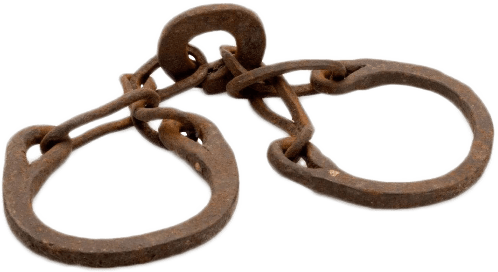 Remember when Catherine Templeton suggested (but didn’t actually say, mind you) that her pride in the Confederacy was OK because her ancestors didn’t own slaves?

And remember that I said, based upon my obsessive research of my own family tree, that that is virtually impossible? As I put it, “If you’re a white Southerner and you think your ancestors owned no slaves, you should probably dig a little deeper.”

You shouldn’t make that claim because the math is against you, if your ancestors were white Southerners — and especially if they lived in South Carolina. You had dozens of direct ancestors in the first half of the 19th century alone (16 great-great grandparents, 32 great-great-greats, 64 the generation before that) — loads and loads of people who didn’t know each other, and most of whom you probably don’t know about. And in those days, almost half of white South Carolinians (46 percent) owned slaves. It’s really unlikely that a diligent genealogical searcher makes it through that minefield without his self-righteous notion that his ancestors were innocent of owning other people being blown to smithereens.

And now, there’s this:

The story is actually not as clear as I’d like it to be as to how Ms. Templeton is related to Hiram Clark Brawley, the owner of those 66 slaves. He’s the father of Judge William Brawley, after whom she has said her father is named (Brawley is her maiden name). But that doesn’t say he was a direct ancestor, or anything, really. (When I read stories this vague on essential details, I want to grab the editor responsible and shake him.)

But it would appear that the Templeton campaign isn’t denying he was an ancestor. The candidate’s response is to try to move on: “This campaign is about the future, not about the past.” Which I suppose means we won’t be hearing any more about how proud she is of the Confederacy.

Anyway, I don’t point this out to give Ms. Templeton a hard time for what her ancestors did. If we bear responsibility for the sins of our ancestors, I might have more mea culpas to intone than she does.

No , my point, as always on this subject, is that no white Southerner should claim his or her ancestors didn’t own slaves. It almost certainly isn’t true. (And a bigger point is that even if it were true, that’s a ridiculous reason to be proud of the Confederacy.)

And yeah, I told you so…