Y’all have probably already seen this:

Former S.C. Attorney General Charlie Condon has been appointed chairman of the Santee Cooper board of directors.

Gov. Henry McMaster made the appointment Wednesday. Condon will serve out the term ending in May left vacant when Leighton Lord resigned last December and then be appointed to a full seven-year term.

“I appreciate Gov. McMaster asking me to accept this important challenge,” Condon said in a statement. “As the future and mission of Santee Cooper is debated, my goal is to provide transparent and accountable leadership of the board, with the interests of ratepayers and customers my No. 1 priority.”…

Y’all remember Charlie, right? He was the AG who used to play pandering politics so strenuously that it was embarrassing — at least, it was embarrassing in the pre-Trump era, before standards were drastically lowered. After him, Henry McMaster’s sober stewardship in that office was a great relief. 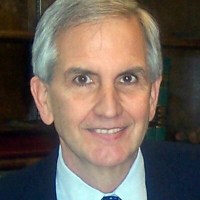 Charlie’s probably most famous for saying he’d like South Carolina to replace its electric chair with an “electric sofa” so we could execute multiple prisoners at once.

Here’s the funny thing about Charlie, though — one on one, he was a personable and fairly reasonable guy. Sit down with him, and he seemed OK. Very likable. You just didn’t want him getting in front of a microphone, at which point he seemed to lose all restraint.