It’s a good piece, rightly taking Democratic leadership to task for their ham-handed attack on the freshmen’s proposal, and also showing due hesitation about a convention.

Of course, Cindi agreeing with me on a “Power Failure” issue is not exactly news, but maybe y’all will like the way she explains it better.

So go click on it. Then go to another device and click on it from there. Because I worry that serious, complex reform issues such as this don’t get enough coverage in an age when it’s all about the clicks. Cindi sort of indirectly alludes to that problem within her column:

I mean, if it weren’t for Trav Robertson’s delusional (or deliberately deceptive, or embarrassingly ignorant) rant, how could I get anybody to read about legislation proposed by most freshman legislators to blow up South Carolina’s government and start over?

Actually, now that I put it that way, maybe that’s something you would find interesting…

One hopes. But just to make sure, go read it a few times. And click through when she gives you links to the two bills, and other links.

It ends on a hopeful note. While a constitutional convention may be dangerous, and while this proposal may go nowhere, this year, it’s very encouraging that this many freshmen actually understand what’s really wrong with state government.

Which makes them the savviest freshman class I’ve ever seen. And that gives me a lot of hope for the future, when these lawmakers have more pull — if they can get re-elected. As Cindi puts it: 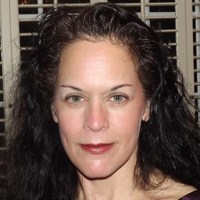 What is significant, hugely significant, is that most of our state’s first-term legislators have decided that South Carolina’s biggest problem is that the Legislature has too much power. And they have concluded that the problem is so dire that it warrants the most radical solution they can think of — within the confines of statutory and constitutional law — because the Legislature is not going to voluntarily relinquish a significant amount of power.

What is significant is that these freshmen understand that this whole exercise is a waste of time unless they make voters understand that their frustration and anger about our state’s failures is a result of the way our government is structured. They say they are willing to invest the energy and resources and time to do that.

If they succeed, we won’t need to take a chance on a constitutional convention, because the Legislature will make the changes itself….

But go read the whole thing…