Here’s what I don’t like about ideologues is that they don’t know when to make an exception to their rules.

Folks on the left and right dismiss those of us in the middle because they think we don’t believe in anything. I believe in quite a few things — but I know when to make an exception from the principles I espouse.

Cindi Scoppe’s the same way. She and I hold quite a few principles in common. One of them — which you can describe as subsidiarity, or devolution or decentralization or federalism or some other word that’s not coming to mind because I had a beer at lunch — is the idea that, generally speaking, governing decisions should be made as locally as possible.

But there are exceptions. And personally, I prefer the term “subsidiarity” because it assumes exceptions, since the rule is that “matters ought to be handled by the smallest, lowest or least centralized competent authority.” The key word being “competent.” When the smaller entity can’t do the job, the larger one needs to step in. Which came into play in Cindi’s column today about the state Supreme Court jumping on Richland County for misspending penny tax money:

But honestly, even as someone who believes passionately that local governments should have broad authority to act without state interference, I can’t help being relieved to know that there are going to be some grownups looking over the county’s spending.

Not all of it, of course. The County Council still has control over property taxes and restaurant taxes and all sorts of other revenue the county collects. 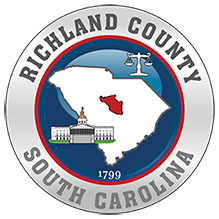 It still has the ability, unsupervised by grownups, to sell prime real estate at a ridiculously low price without marketing it, or even announcing that it was on the market, as it did with the former sheriff’s department site on Huger Street.

It still has the ability, unsupervised by grownups, to hire a new transportation director with absolutely no experience in … wait for it … transportation.

It still has the ability, unsupervised by grownups, to spend $1.2 million to renovate its own meeting and office space, and then announce less than four months later that it’s relocating its chambers and the whole complex, bulldozing the adjacent building (to build a new courthouse) and turning the just-renovated space into a ceremonial courthouse.

And to secretly concoct a plan to move some of its offices to a nearly abandoned mall — which might be a good idea, but for the “secretly” part, which applies not just to the specific property being purchased but also to the whole plan. And to wrap it all up with a gaudy “Richland Renaissance” bow that also covers such dubious projects as a business incubator, a critical care medical facility (don’t doctors usually build those?) and, my personal favorite, a competitive aquatics center.

For which the cost is at best speculative. And no funding source has been identified. And about which it agreed to hold a legally required public hearing only after one of my colleagues in the news department kept hounding the county.

Maybe she got that from me. The digressing thing. (In her defense, she’s far more disciplined about it than I am.)

But back to her original point: Yes, it’s good to see the county get some adult supervision. And it could probably stand with a little more. Vote Grownup Party!…