I thought that all through his State of the State address back in January, but I don’t think I said so here at the time.

It’s one thing to quote Henry saying some awful things. It’s another to watch the video above. You forget what he’s saying because you’re so fascinated by the way he says it. Or at least, I do.

The problem, you see, with those high school kids walking out of class the other day is that “Ah unduhstayund that theyah’s a left-wing group that is, uh, co-awdinading this around the country…”

They’re being used as a “tooool,” you see. (Actually, I don’t know how to represent the way he says it phonetically, but the “oo” sound is wholly unlike the way I say it.) At least, that’s the conclusion he’s drawn from the “infuhmation” he’s seen.

Every time I listen to him, I’m sort of struck with awe. I feel I’m transported back in time, although to where or when I’m not sure. I hope a museum somewhere in South Carolina is saving good recordings of this.

Mind you, I’m not pointing to the way he talks as a bad thing or a good thing. But it’s definitely a thing, and it seems to be unique. I don’t know anyone else who speaks quite the way he does.

I know some other folks in public life who have thick, distinctive accents, some of them very smart people — folks such as Jean Toal and Alex Sanders, and to some extent Dick and Joe Riley. And let us not forget Fritz Hollings. But none of them sound like they’re from the same place Henry comes from.

I notice that the folks I mention are a few years, or even a generation, older than I am. (They also, with the exception of Henry, are Democrats. Don’t know why, but thick-accented Republicans don’t leap to mind as readily. Joe Wilson, for instance, is virtually accentless.)

That make me think it’s to some extent a TV thing. These folks’ speech patterns had just enough time to take hold before television taught all of us to sound like we were from Nebraska, or wherever the geographical home of Standard American English is located.

Which is not to say that younger people don’t have accents. For instance, no one would doubt that James Smith, to name but one, is from the South. But their accents tend to be softer, less in-your-face, than the older folks I mention above.

Of course, I’m talking about smart, educated people. I notice their accents more than I do those of people who are neither of those things, because I expect education to have sanded off the rough edges of their manner of communication. Which is generally the case.

But not with Henry. His accent is perfect, untouched, and really something special… 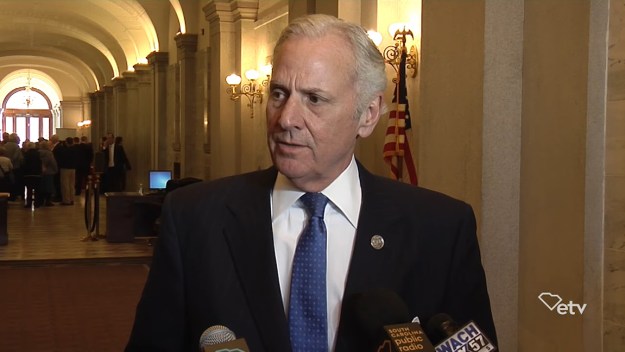