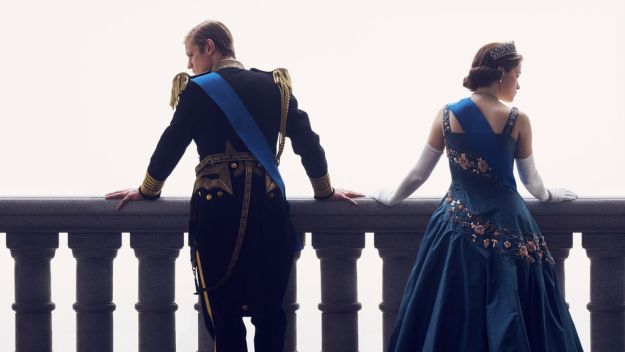 This may not have engendered outrage at your house, but it did at mine:

If there is a lesson to take away from the first two seasons of “The Crown,” it is that no sane person would dare cross Queen Elizabeth II. Netflix seems to have learned this too late, however, as it was revealed on Tuesday that lead actress Claire Foy made less than co-star Matt Smith for her work on the show.

Variety reported that producers Suzanne Mackie and Andy Harries were asked during a discussion at the INTV Conference in Jerusalem whether the actors playing Queen Elizabeth and her husband, Prince Philip, were paid the same amount. The pair said Smith made more because of his “Doctor Who” fame, saying that the inequity would be amended in the future.

“Going forward, no one gets paid more than the queen,” Mackie said…

I would certainly think not.

All through those two seasons, my wife said over and over that this Matt Smith guy was a case of appalling casting — such a strange-looking dude playing such a handsome — or at least normal-looking prince. And it wasn’t just an attractiveness thing. She thought the actor’s manner and overall oddness was distracting.

So she really, really thought it wrong that he should be paid more than Ms. Foy, who did an excellent job of embodying my 16th cousin once removed — that is to say, the queen. (I’d have been outraged, too, if only she’d invite us over to the palace more. Or even once.)

It’s weird the way these things work. I’m not a fan of Doctor Who — I tried watching the very first episode with the first Doctor once, and gave up after a few minutes, failing to see the appeal — but even if I were, I doubt I’d be overly impressed by an actor for having played the role. I mean, at this point, who hasn’t?

It’s the strangest salary decision I’ve seen since Rob Lowe was initially paid more than the actors who played Leo McGarry, C.J. Cregg, Josh Lyman and Toby Ziegler on “The West Wing.” (When they caught up to him in pay, he quit because he didn’t get a raise to stay ahead of them — which showed he really had an exaggerated sense of Sam Seaborn’s role in the great scheme of things.)

But despite the insult to Ms. Foy, we can take comfort from the fact that the next actress to play Her Majesty (they’ll change every couple of years in order to be age-appropriate) will not get stiffed. And that’s good, because the next actress is Olivia Colman, who is wonderful.

Did any of you see her in “The Night Manager?” The producers of that le Carre adaptation did something I normally hate — they significantly changed an important character, in this case by turning him into a woman. Leonard Burr, the recruiter and case officer for the title character, became Angela Burr, who was — just in case you didn’t quite notice the change — pregnant.

She totally made it work, imbuing the usual care that a case officer has for his (or her) agent with a maternal aspect that intensified the relationship. The parallel between a mother harboring vulnerable life in her womb and agent runner trying to keep a “joe” alive in the field was powerful.

And I doubt a lesser actress could have pulled it off and made this obsessive le Carre fan applaud. The miniseries was just much better than had Burr been a man.

I expect her to bring similar depth to the portrayal of Elizabeth Windsor. And it’s good to know she’ll be fairly paid for doing so… 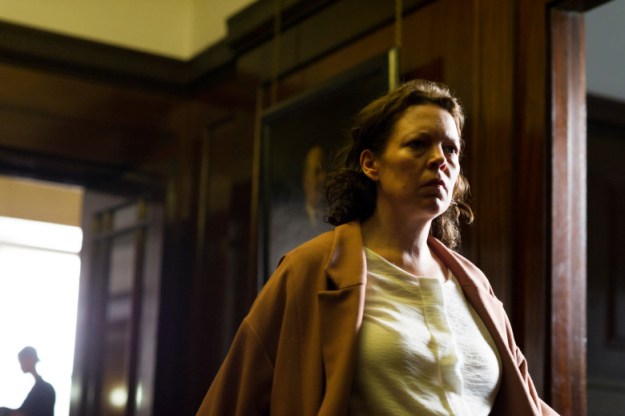 Olivia Colman as Angela Burr in “The Night Manager”