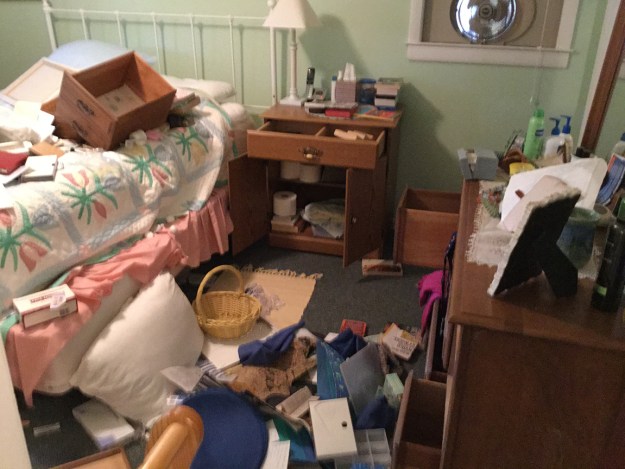 Trashed: A room in my parents’ beach house after the 2016 break-in.

I received a release this morning from something called “SafeWise” announcing the “20 Safest Cities in South Carolina,” based on “2016 FBI crime report statistics and population data.”

I immediately assume that this report is using the term “city” loosely, since I was not aware South Carolina had that many of them.

And my assumption is correct, as the No. 1 safest “city” on the list is Isle of Palms, population 4,419. My home town Bennettsville has a population of 9,425, and I have never thought of it as a major metropolitan area.

Anyway, only one place most of us think of, right off the bat, as a “city” in SC makes the list, and that’s Charleston. It comes in 20th. Mount Pleasant, an actual city we are slightly less likely to think of, comes in 6th. So nice going, there.

I was amused to see that Surfside Beach came in third. That’s because in 2016, the year the statistics cover, my parents’ home there was broken into and completely trashed in the search for things worth stealing. The same suspect apparently broke into my uncle’s house nearby — twice.

But I guess such things happen in other places more frequently.

But if you’re really curious, you can peruse their website.