When I saw that Catherine Templeton had put out a “Conservatives Issues platform” on Monday, I assumed it would be more of the same. Which is to say, another instance of an intelligent woman trying to appeal to the most atavistic blood-and-soil reflexes of a traumatized Republican Party, in keeping with her strategy of trying to out-Bannon Henry McMaster. 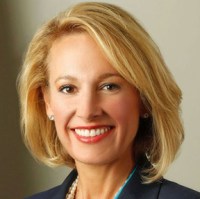 But then I was delighted to see one good idea — or at least, to see what I initially thought was a good idea: The State reported that she wanted to protect “Home Rule.”

I was impressed. Too few people understand the problem of the Legislature’s utter failure to fully implement the Home Rule Act of 1975, maintaining its feeble influence over local matters and keeping local governments weak.

If she was standing up for Home Rule in South Carolina, it would be the second time in a week that someone had stood up for a long-overdue “Power Failure” reform — the other time being the freshmen’s proposal for a constitutional convention to address fundamental structural problems in our state government.

But I was wrong, as I realized when I saw a release in which Jim DeMint (remember that guy?) was praising her position. This was NOT a case of someone standing up for fixing an actual problem that plagues South Carolina (and which far too few people understand). Nope. She was just touching another far-right base, trying to get the ganglia to twitch.

She was sticking up for “Home Rule” in a way that only makes sense to people who keep up with the latest fetishes of the far right. She, too was seeking a constitutional convention — only in her case on the federal level, and to address nonexistent problems:

“Our Founding Fathers intended for this government to be of the people, by the people, for the people,” Templeton explained. “The U. S. Constitution gives South Carolina the right and duty to make sure the federal government doesn’t interfere where it is not welcome. Today, the federal government exercises control over our very livelihood.  Every day Congress takes more and gives us less. As governor, I will support the current push by conservatives in South Carolina’s General Assembly who are fighting to take back states’ rights from a bloated, bureaucratic, overbearing federal government. While the President fights top down, I join him in our fight from the states up.”

“States must do more to chart their own course for the future and reign in the out-of-control federal government.  I commend Catherine Templeton for her wisdom and courage to support the Article V Convention of States Project.  It is the only constitutional way to save our country and our state.”
-Jim DeMint, March 5, 2018

Remember the recent resurrection of Nullification? Well, it receded for awhile, but apparently it’s back. You just can’t keep a bad idea down in South Carolina.

What does it tell us that a bunch of House freshmen can take a bold and risky stand in favor of a sweeping, needed and too-little-understood reform, but a viable candidate for governor of the whole state sketches out a vision that is nothing but one knee-jerk pander after another?

Anyway, she got my hopes up for a second, but then crushed them…

4 thoughts on “I thought Templeton had one good idea. I was wrong…”