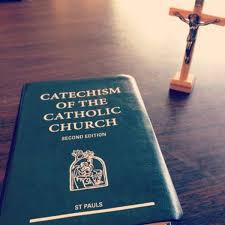 No doubt some will cite this as evidence that my Ménière’s has reached the point at which I need a hearing aid.

But in my defense, my wife was out in the hallway when she said this, and I was in the bathroom with the exhaust fan running — although the door, I admit, was open.

Anyway, she had come upstairs to tell me that her youngest brother was on his way to the St. Patrick’s Day parade in Memphis (my wife’s family, the Phelans, are real Irish Catholics, not pretenders like me), and that he had told her something alarming about that parade.

She said the people on the floats throw catechisms to the crowd.

At least, I thought that’s what she said. I considered it a bit odd — most such parades aren’t that, shall we say, holy — but nevertheless arguably appropriate, since St. Patrick converted the heathen Irish to Christianity.

Then my wife said something odder. She said she thought that sounded “dangerous.” I reflected that maybe so, if they were hardbacks. But they could throw paperbacks, and maybe there are some abridged, pocket-sized versions…

Then she said other things that made me wonder. I asked her to repeat the first thing she’d said. 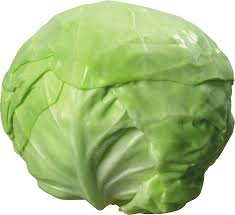 This time, I thought she said they were throwing “catechists,” and that did sound dangerous. If you go throwing people, religious education teachers, off of floats, someone could get hurt.

But something about this version sounded even more suspicious, so I finally asked her directly whether she had indeed said they were throwing catechisms or catechists.

She roared with laughter at this point (which frankly I don’t think is the kindest way to deal with my affliction). She had been saying, “cabbages.” They were throwing cabbages from the floats.

Yeah, OK. That could be dangerous.

You can stop laughing now… 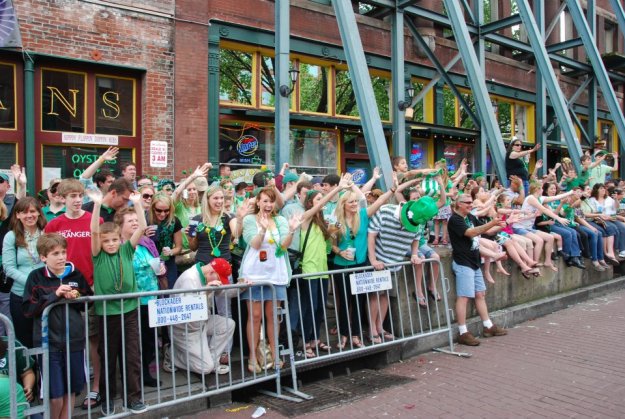 15 thoughts on “Memphis knows how to throw a party (or something) for St. Pat”